From March 1 to March 13, our Sous Chef, Udo, travelled around German-speaking Europe to perfect new techniques and recipes to share with our villagers for future sessions! He spent time with host families in Austria and Germany learning classic family recipes -- spending time in Köln (Cologne, Germany), Wien (Vienna, Austria), and the Austrian towns of Wiener Neustadt and Wiekersdorf am Steinfelde. 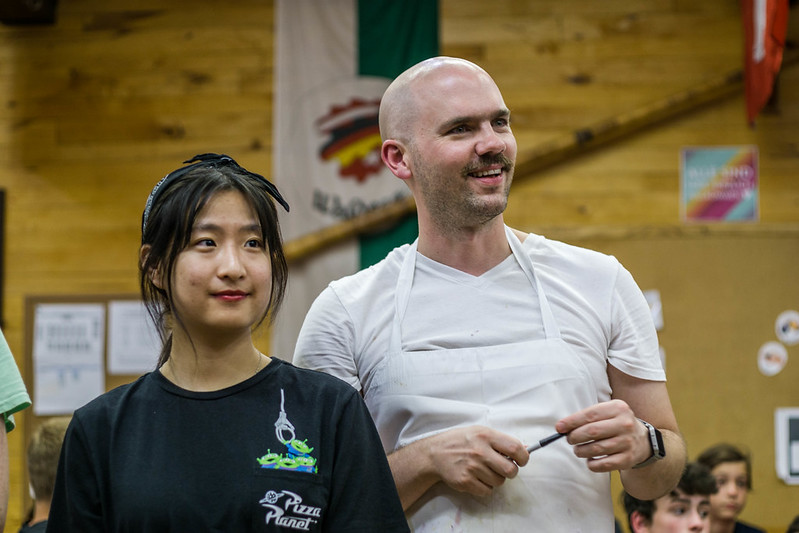 What are your top five recipes you want to bring back to Waldsee?

Due to the Coronavirus, I didn't cook much in Germany, but I did cook a lot during my time in Wiekersdorf am Steinfelde, which was the best time I have ever had in Europe!

1. Apfelstrudel (apple strudel): Christine (my host in Weikersdorf am Steinfelde) has this technique of rolling the dough after the filling. You put down an old tablecloth to stretch the dough on, and once everything is stretched and filled, you just roll it up using the tablecloth! So fun! 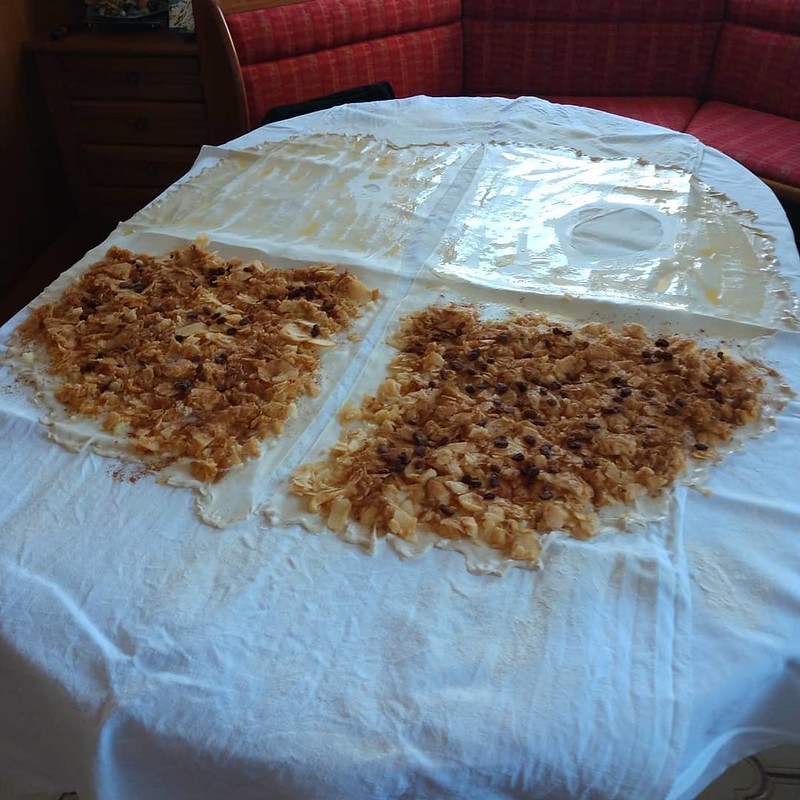 2. Marillenknödel (apricot dumplings): I have never made these before, but I have seen them in a million or so cookbooks but it seemed so hard to do, especially for 200+ people at Waldsee. But again, Christine knew what to do. It was so easy to make, but the process was so fun to watch. The best part is the Marillen (apricot in Austrian German) came from her garden! Her son and I made them together and of course ate them as soon as possible -- the best part is that they were for dinner! For DINNER!

3. Kaiserschmarrn (Austrian pancake dessert): I have made this dish since I was 18 years old, so I just thought there wasn't much to it. Then I met the wonderful Leoni (native-speaking counselor) who was very much annoyed with the state of the Waldsee Kaiserschmarrn and told me to visit her in Wien and she'll make them her way, and it will be “a million times better.” So, when we finally got to Wien for a day after spending a week in Wiekersdorf, Leoni told me under no certain terms we were making Kaiserschmarrn. There really weren't a ton of differences between what we do at Waldsee and what she does at home beside this small little trick -- she put sugar down on the Kaiserschmarrn after the first flip. So you put down the batter, let it do its thing, wait for it to brown on the bottom, flip, and then bam you throw down some sugar and let it caramelize a bit, which helps with the flavor!

4. Pork Roast: Again, I have made this a million of these over the years, but Christine's son loves to make them, so he showed me how he prepares them for him and the family. He put a lot of salt on the pork loin and then massaged the salt in the pork for 30 minutes! We put a bunch of spices on it and let it sit overnight in a plastic bag. The next day, we gave it a good two hours in the oven and let the pork do its thing. 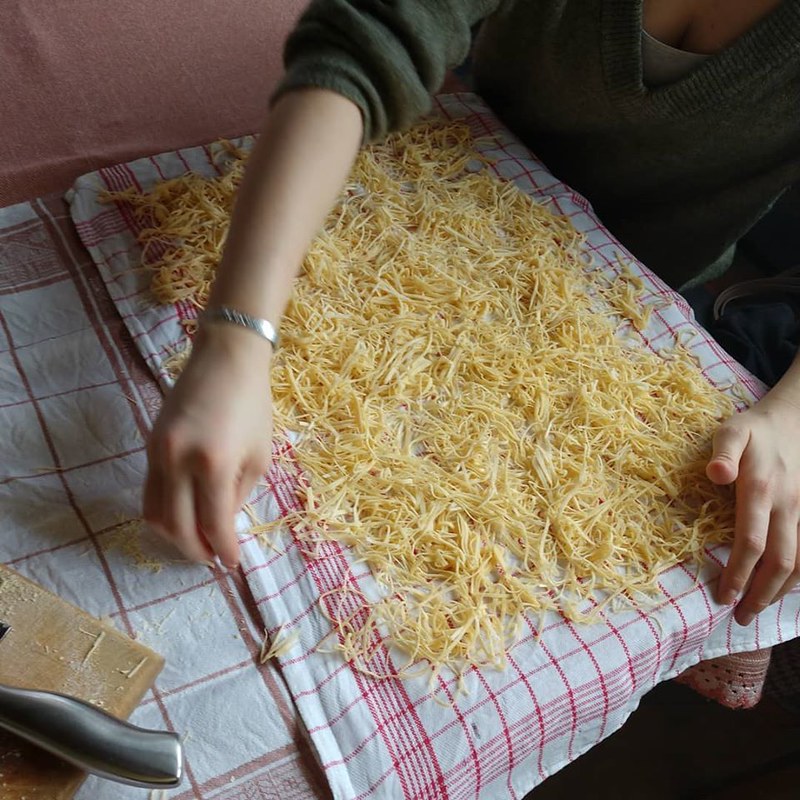 5. Soup noodles: One day, Leoni and I went to her grandma's place in the hills about thirty minutes or so from her aunt's house to make soup noodles! You have to roll the noodles so thin and then fold them on themselves at least three or four times. Then, you thinly cut them as fast as you can which is insane to watch. Leoni's grandmother cuts the noodles incredibly quickly. The best part is you let them dry and then put in any kind of soup.

What was a highlight of your trip?

Christine was like a Julia Child of Austrian food -- she knew everything, and I mean everything! She either kept it all in her head or she would look at a cookbook that was falling apart! She also took me into the hills to harvest wild onion leaves, and we always went biking to go grocery shopping. She only buys locally-sourced Austrian ingredients (which is pretty easy to find in Austria), and I totally loved that. She also knows someone who owns a flour mill, and she gets all her flour from him! How cool is that? She also has a garden, compost pile, fruit trees etc, it's just crazy. All the jam I had while I was there was made by her with ingredients from her garden! 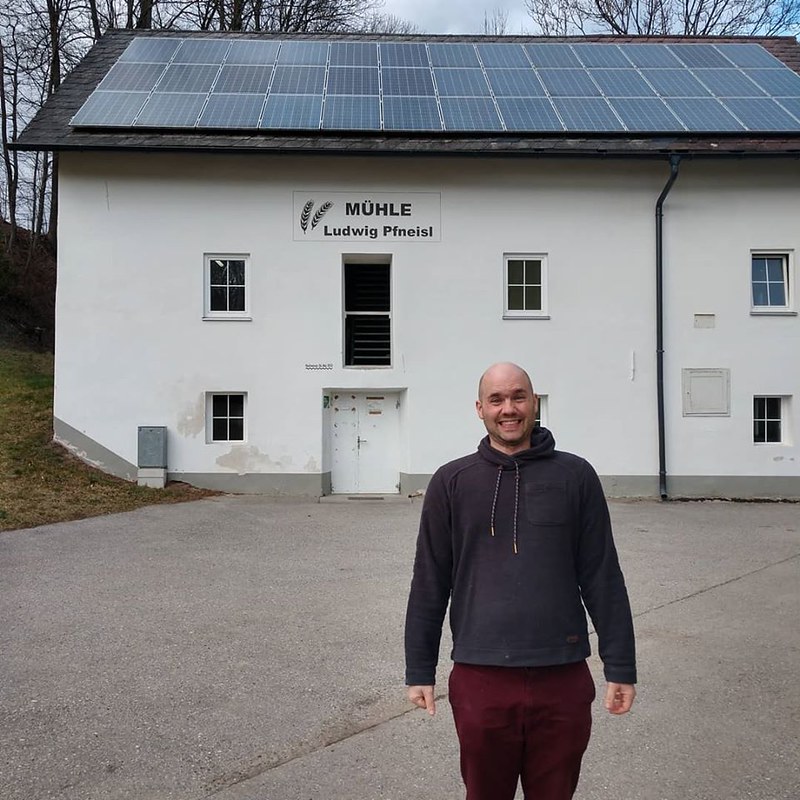 What surprised you while you were there?

Lots of things! But here’s a few:

Vegan and vegetarian options have exploded in Austria and Germany. You can find options for vegans and vegetarians in every single grocery store, regardless of the size of the store!

In Austria, there was a Bioladen (organic market) a house away from where I was staying! That's how locally organic options can be found in Austria. In Köln, I went to a lot of Bio (organic) grocery stores in the area, which I can’t imagine doing back in the States. 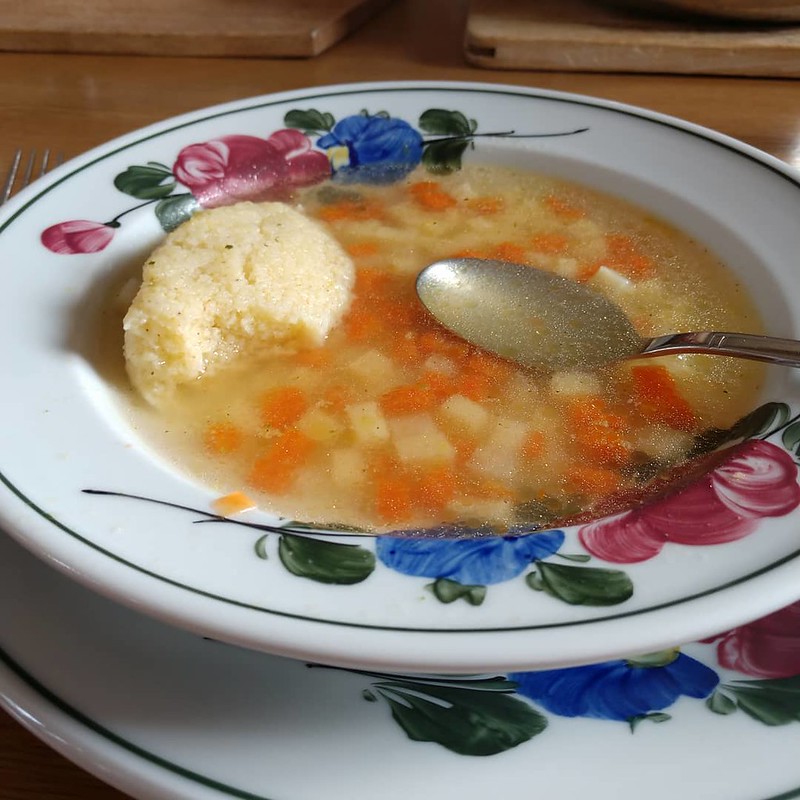 In Austria, almost all of the food you buy is from Austria. Some produce comes from different countries in the EU, but you always know where it is from.

You can buy lactose-free versions of almost all common dairy items. I was really impressed with that, and it's something that I hadn't really seen in my last few travels to Germany and Austria.

Aufstriche (spreads), Aufstriche everywhere! I didn't even know that they were a thing in Germany back in the day. Then I went to Köln on this trip, and I saw so many different kinds of Aufstriche! It was insane! I am looking forward to putting more on the menu for this summer.

The Nutella boycott! No one had Nutella when I was at their houses, and when I asked, they said it was because of the unethical practices in the palm oil industry! How crazy is that? 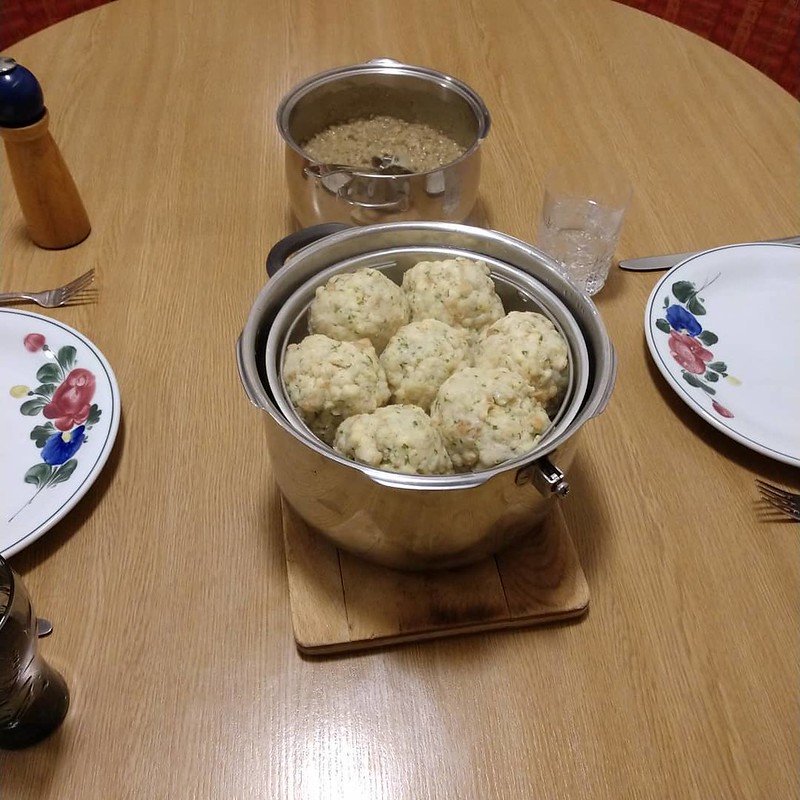 Get ready to try some tasty new dishes from Udo’s kitchen this summer at Waldsee! We can’t wait to see you, whether it’s your first time at Waldsee or you’re coming back after decades for our Alumni Weekend, July 17-19.