At Waldsee, we sing about die vier Jahreszeiten (the four seasons), but as all of our villagers know, the city of Köln (Cologne) celebrates five. Was ist die fünfte Jahreszeit? (What’s the 5th season?) For Kölner (the people of Cologne) and those of us at Waldsee, there is a clear answer: Karneval, also known as Fasching! 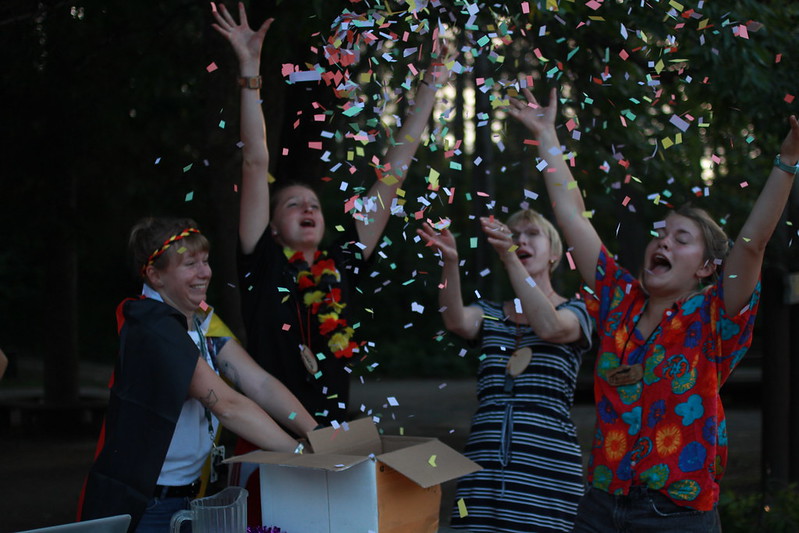 While Karneval technically begins on November 11th at 11:11am, most of the celebrations happen throughout February and/or March, originally celebrating the beginning of the Christian season of Lent. The last week of Karneval is often the most celebrated, and people come to Köln from all across Europe to dress up and partake in the celebration.  This year, the main celebrations will kick off on February 20. 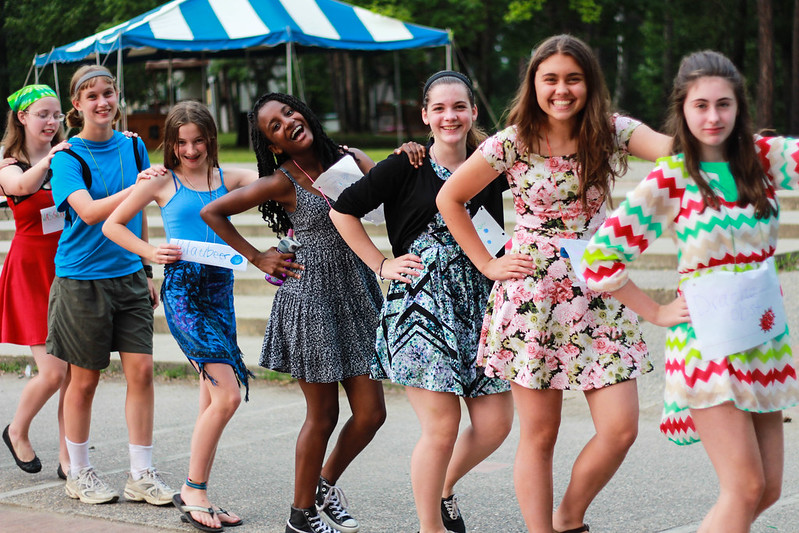 In Waldsee, we celebrate a bit belatedly (or early!) over the summer. A Waldsee celebration often involves a Straßenfest (street festival) around the Marktplatz. The Häuser (houses) dress up according to a specific theme of their choosing. One house might be the 70s, another might be a boy band, while another could be the color blue or an entire pack of crayons. Every year the creativity continues to amaze the panel of judges who decide which Haus was most creative and best dressed. 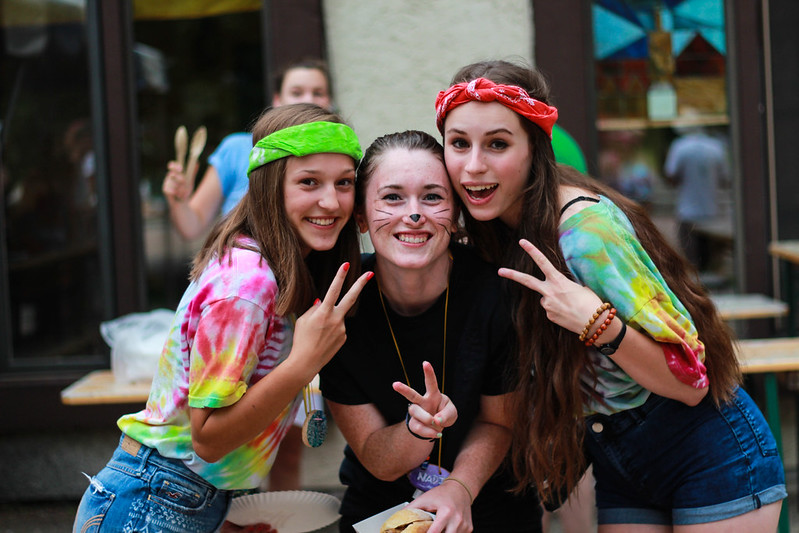 When all the houses arrive on the Marketplatz, we hold an Umzug (parade) while singing traditional Karneval songs like "Viva Colonia" and "Das sind die 4 Jahreszeiten." Though our celebrations are more subdued than those in Köln, Waldsee does know how to party and how to play tricks. For example: a typical Karneval food are jelly-filled donuts, known as Krapfen/Berliner/Pfannkuchen (and more!) depending on the dialect. Both counselors and villagers love eating Krapfen, except for the few surprised by the filling of their donut.

As they say in Köln, Kölle Alaaf! Just as Karneval lasts for several months, so does the pre-Waldsee anticipation and planning. Summer 2020 is just around the corner, and we can’t wait to welcome you, whether it’s your first (or tenth!) time at Waldsee, or you’re coming back after decades for our Alumni Weekend, July 17-19! 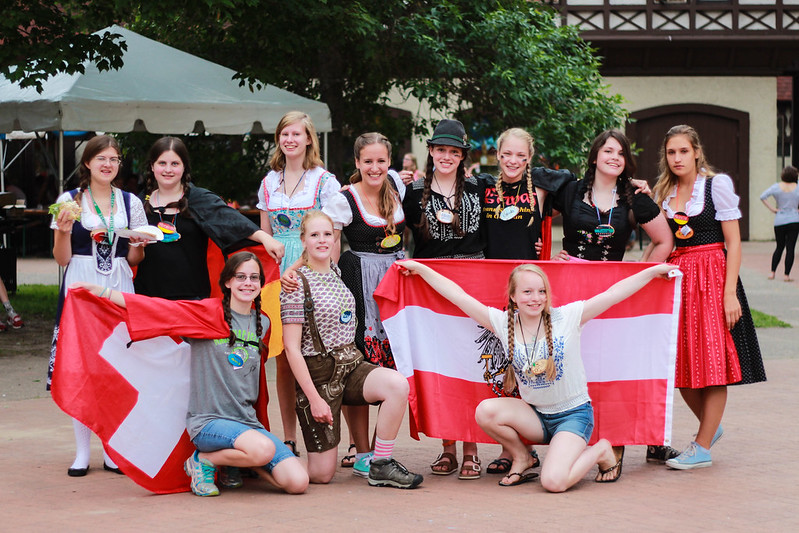