Last week, our high school credit villagers had a mystery to solve: Wer hat den Mord begangen? (Who committed the murder?) The Krimi (mystery story) is a beloved genre in German-speaking culture, and the most famous Krimi is the show Tatort, which has been a staple of German television since 1970. With hundreds of episodes over the last fifty years in a variety of different cities, we decided to write our own Tatort-inspired stories taking place at Waldsee. 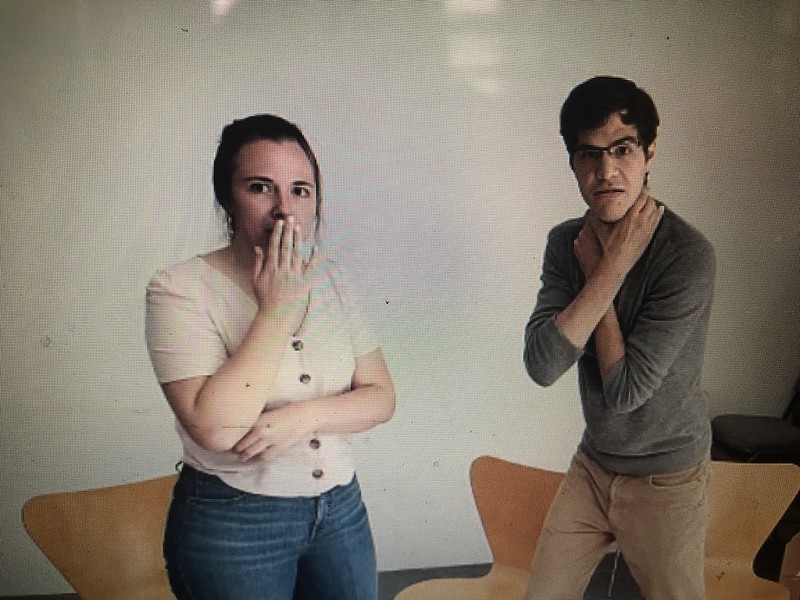 The high school villagers were divided into three groups and given the same premise: one of the Betreuer (counselors) was found poisoned! There are six Verdächtige (suspects): Katja - die Yogalehrerin (yoga instructor), Amadeus - der Koch (cook), Pia - die Wissenschaftlerin (scientist), Evie - der Ritter (knight), Zenzi - die Gitarrenspielerin (guitar player), and Tanja - die Professorin (professor). There’s only one thing our high school villagers know for sure about the case -- Julius paid one of our suspects to commit the crime! 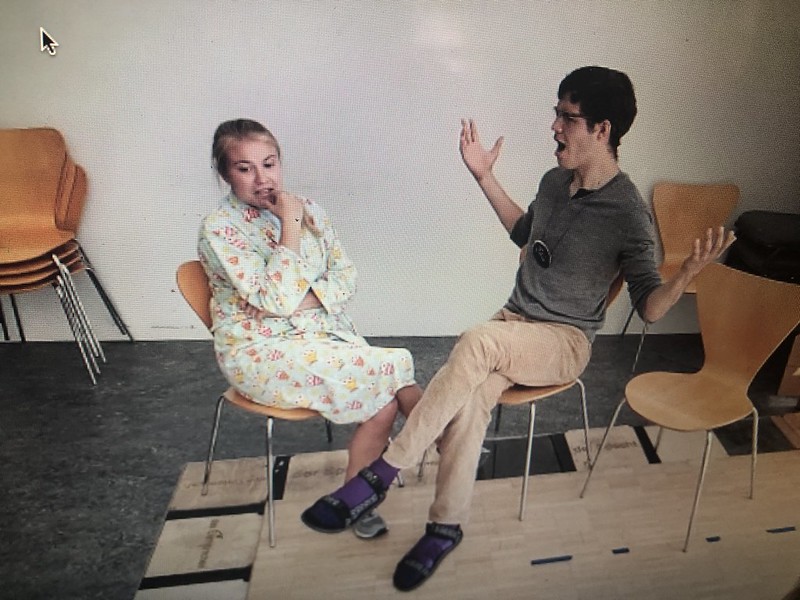 Each of our three groups worked together to write their own story of how the crime was committed, and our on-site staff performed their stories live on Zoom! We were so impressed by the creativity of all of the stories our villagers came up with. Each group had a unique take on how the crime occurred, but there was one thing all of our groups could agree on and that was that Amadeus seemed the most suspicious. Every group’s skit involved Amadeus poisoning the deceased’s food, but he had different co-conspirators each time. There were also different motives in each skit, from jealousy to greed. 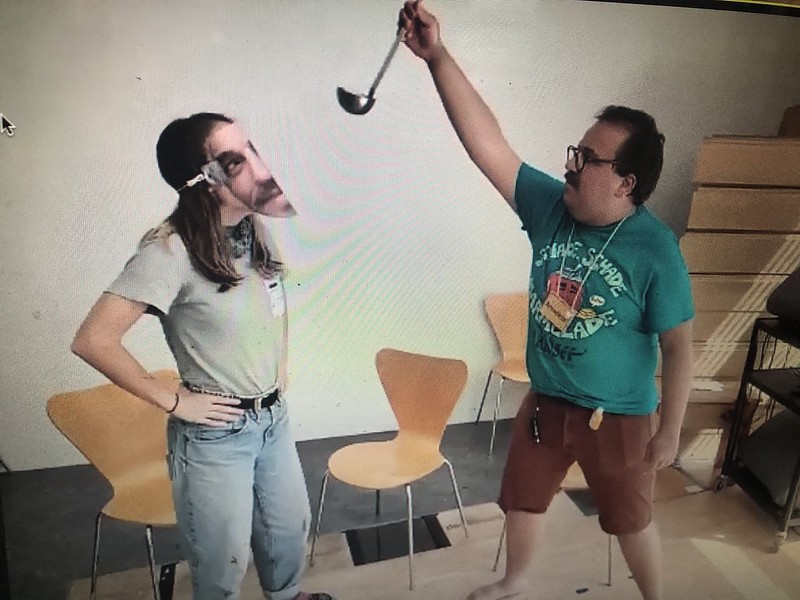 Every week of Virtual Villages has brought fun, new challenges and activities, and we can’t believe that the end of the summer is already upon us. We have had a blast with all of our Virtual Village participants! Bis Sommer 2021 (until Summer 2021)!