Profiles of Former Villagers: Working for the Environment

Our villagers go on to do many things, oftentimes using Deutsch! To get to know some of these villagers, we’re bringing you a series of blog posts about former villagers “in the field”. 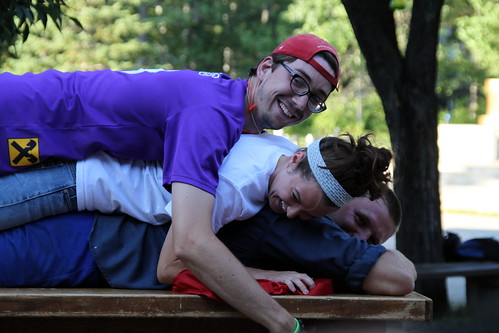 Our second profile brings us to die Umwelt (environment) and a two-year Villager and ten-year staff member, Peter “Peter” Schmitt. Peter attended Waldsee both as a KT (two week participant) and as an LKT (four week high school credit participant). While the LKT Grüne Welle Programm (high school credit environment program) was not available when Peter was at Waldsee, he did get to serve as a Lehrling (apprentice) for the KT Grüne Welle Programm, where he developed a particular fascination for the Biohaus and its solar panels. Grüne Welle quickly became Peter’s favorite part of Waldsee and taught him to love working for the environment auf Deutsch (in German)! 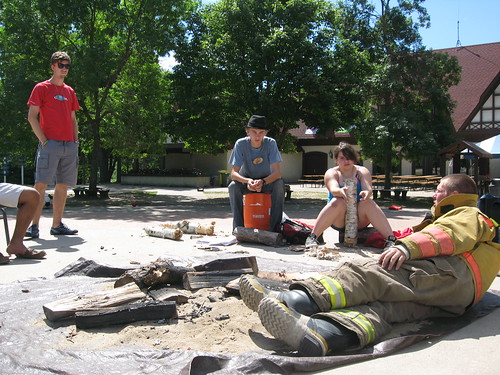 Since starting at Waldsee in 2001, Peter has became the leader of the KT Grüne Welle program, taking groups on Mississippi trips and Radsee (biking and camping) adventures, worked as an English Language Assistant in Austria through the Fulbright program, and even used his Deutsch to land a Praktikum (internship) at Stadtwerke Wörgl , the public services provider in a farming town in rural Austria. Here, Peter helped the town revamp their Wiederverwendungssystem (recycling system) and create new policies that the town still uses today! 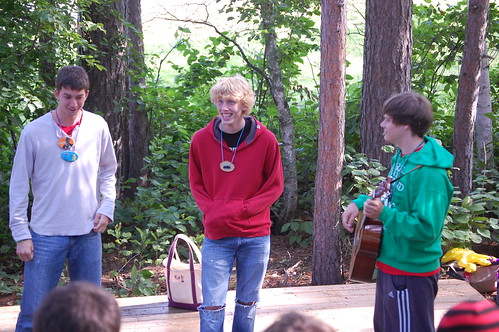 Peter’s exposure to the Energiewende (energy revolution) in Germany and Austria led him to earn a second bachelor's degree in Environmental Science and complete a dual-degree master's program in Public Policy and Business, focusing on Social Entrepreneurship and Public Benefit Corporations. Peter also started his own compost processing company, and currently works as a Project Developer for a community solar developer, US Solar. Peter is a year-round Fahrrad (bicycle) commuter, has both worm compost and backyard compost systems, and has installed solar panels on the roof of his Haus (house). The German language and Waldsee experience have shaped the life Peter lives – from his lifestyle and career, to his wife, who is also a Waldsee alum! 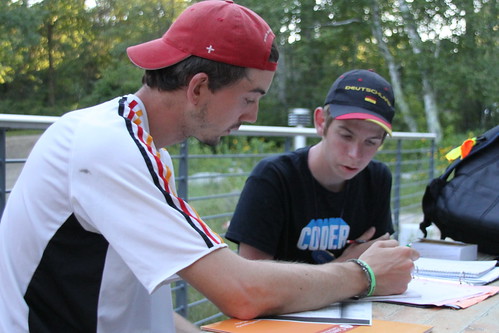 Waldsee has helped Peter both grow up and stay connected to his youth, all while expanding both his cultural and geographical borders. By coming to Waldsee as a Villager, he was able to become who he is today. Peter thinks that the best part about the Grüne Welle program is that Villagers still get to participate in the wonders that can be found by being at Waldsee.  They make friendships in cabins, participate in the wild Abendprogramme (evening programs), play Fußball (soccer), eat Kuchen (cake) at Café Einbeck, and make Reservierungen (reservations) at the Restaurant (restaurant).  LKT Grüne Welle  also allows Villagers to step out and be part of a more intimate Grüne Welle Familie (family).  The group is close-knit because of the shared Erfahurng (experience) of spending Zeit (time) in der Natur (in nature) and going through a trying experience together.  There are few things that bond groups together faster than putting them in Kanus (canoes) with limited supplies and simple Ziele (goals): immer paddeln und immer Deutsch reden (always paddle and always speak German)! Whether you are new to the outdoors and learning about the environment or if you grew up in a Baumhaus (treehouse), everyone should experience that kind of Beziehung (relationship)! Wissenschaft (science) helps us understand the world around us, and the LKT Grüne Welle program in particular allows participants to focus particularly on the natural Welt (world) and how we interact with it. 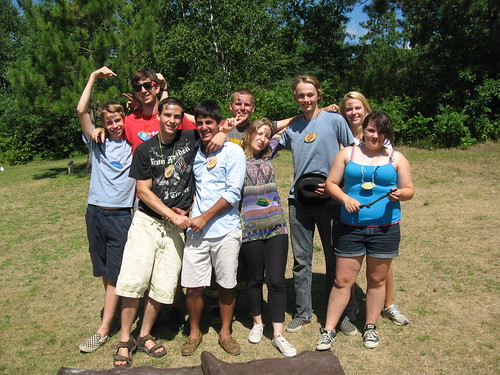 Interested in learning about die Natur and die Umwelt auf Detusch? Join us this summer and get on your way to learning and living the language! Check out http://www.concordialanguagevillages.org/youth-languages/programs/german-die-grune-welle-four-week-high-school-credit for more information!