“Wie heißt du?” (What is your name?)-it’s a question that we often ask at Waldsee. It’s a simple yet dignified question, and often, even villagers who don’t speak much German will have learned this question.

On the first day of Waldsee, “Wie heißt du?” is a bit more complicated. Though each villager is checked in according to their legal name, they have a Waldsee name by the end of the day. Choosing a village name is part of Concordia Language Villages teaching methodology, rooted in the principles of Grand Simulation, Community-Based Learning, and Lived Language and Culture, and Outdoor Learning. It’s also something that Waldseer (Waldsee community members) have in common with the other language villages. 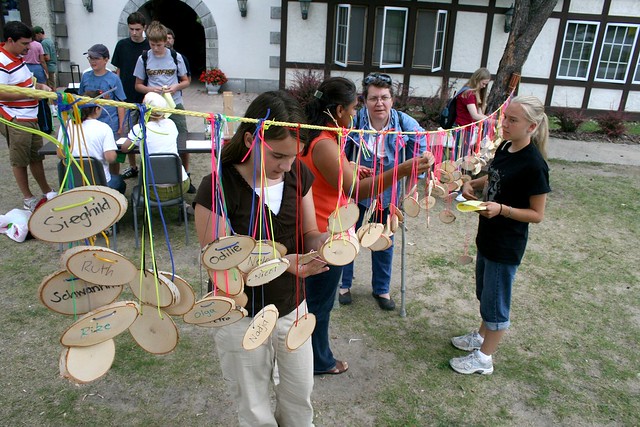 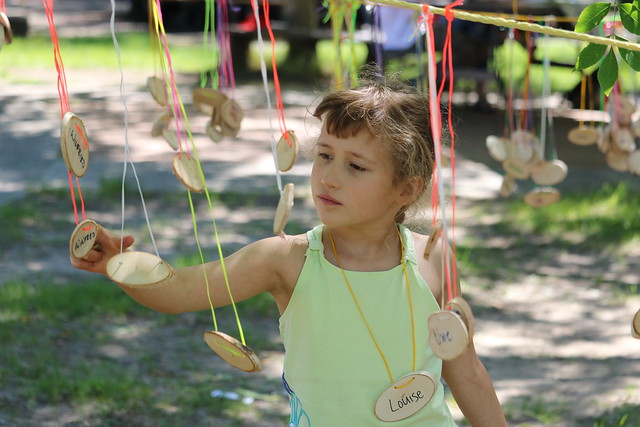 Names are how we refer to each other at Waldsee. Not only are they written in our Pässe (passports), that we use at the bank, but they’re also written on our Namenschilder (name tags) which everyone at Waldsee wears. Decorating Namenschilder is a popular activity in the first few days of camp, and name tags can tell a lot about someone’s interests and personality. 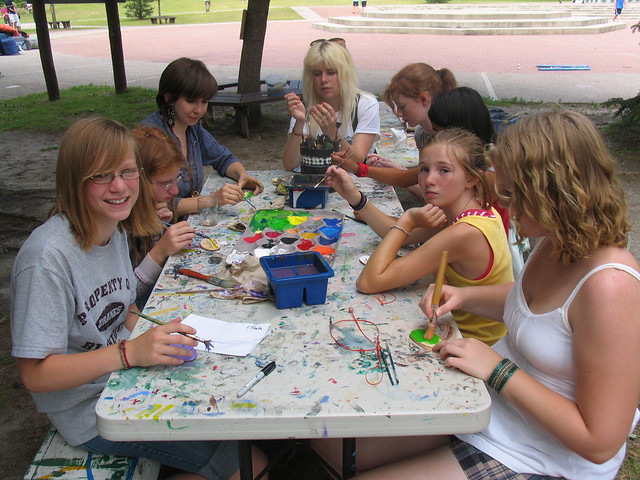 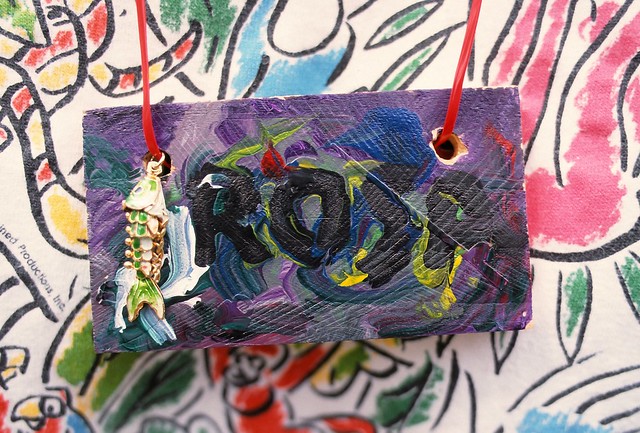 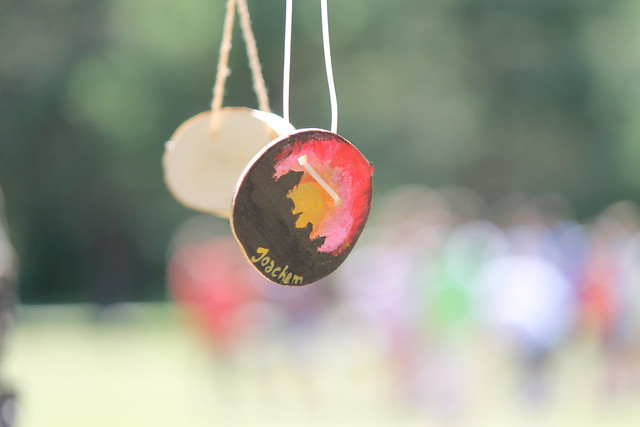 No matter how quirky or ornate the nametag, the main purpose is to communicate someone’s Waldsee name. What is it that makes a Waldsee name?

As of 2018, approximately 25% of those living in Germany have a Migrationshintergrund (immigrant background). While many might think of names such as Hänsel and Gretel as “typical German names,” that’s already changed. At Waldsee, we hold that German names are names used in German-speaking Europe rather than names that are only etymologically Germanic. In addition, many of the most common names used in German-speaking Europe are actually variants of Hebrew, Latin, and Greek names. If “Ben,” a shortened form of the Hebrew Benjamin, the 2nd most common name given to baby boys in Germany in 2019, is a “German” name, then so are names used by refugee and immigrant communities living in the German-speaking world. 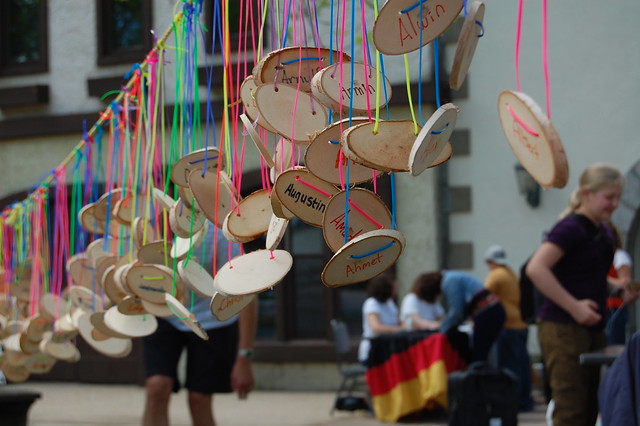 Whether you pick your own name, you pick a slightly different version of your name (maybe Jake becomes Jakob), or you pick a completely new name (Sophia becomes Zeynep), the question we’re most excited to ask you isn’t why you chose your name (though that’s interesting too!) but “Wie heißt du?”

The answer? We can only tell you that the response begins with “Ich heiße” the rest, that is your Waldsee name, is up to you!