Do you remember where you were when the Berlin Wall fell? For many of our villagers the answer is, “Yes.” If you’re trying to do the math in your head, I understand the confusion. Most of Waldsee’s summer programs are for youth villagers, aged 8 to 18. The Berlin Wall fell 30 years ago, on November 9th, 1989. Though we do have adult and family program villagers who remember where they where, as well as staff such as dean Dan “Karl” Hamilton, who were there when it happened, all of our youth villagers were yet to be born. 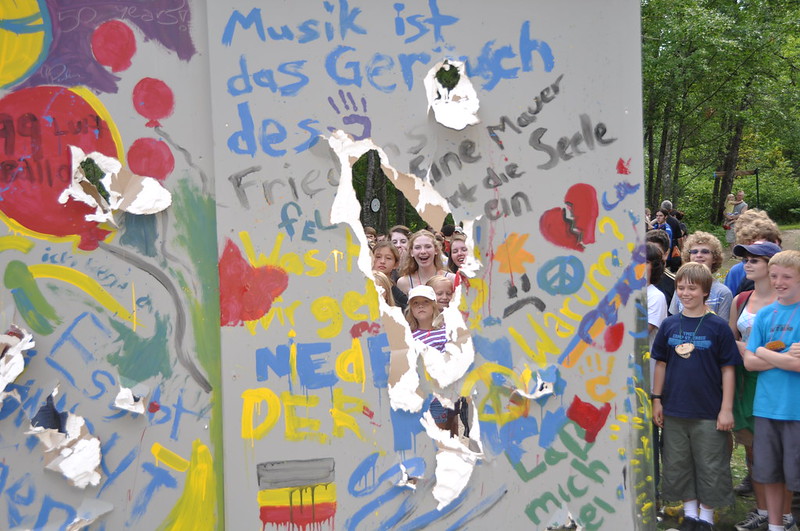 Do you remember what you felt when the Berlin Wall fell? Many were thrilled about the Peaceful Revolutions happening throughout the Communist Block. Many were also terrified about what that meant for themselves, their families, as well as Europe and the world. It might be most accurate to say that many felt both joy and uncertainty, as the post-World War II order began to change in Germany.

The Waldsee Betreuerschaft  (counseling staff) thinks of both of these questions, and more, when we teach about the Mauerfall (Fall of the Berlin Wall).  It’s part of our CLV belief in teaching through a “Grand Simulation” designed to immerse villagers and staff in the cultures of the German-speaking world. Almost every summer we recreate, relive, and then discuss, the Mauerfall. We’re lucky that every summer we can approach the history from a different perspective and with new ideas alongside different groups of campers. From a high-school credit simulation with Waldsee and Lesnoe Ozero (Russian Language Village) villagers that focused on how to preserve the Cold War status-quo before the Wall fell to a Waldsee-wide day-long simulation that divided the camp into the Bundesrepublik Deutschland (West Germany) and Deutsche Demokratische Republik (East Germany) to a life-sized “Game of Life”  where Waldseefamilien (families) learned how the political forces in divided Germany shaped the events of life. 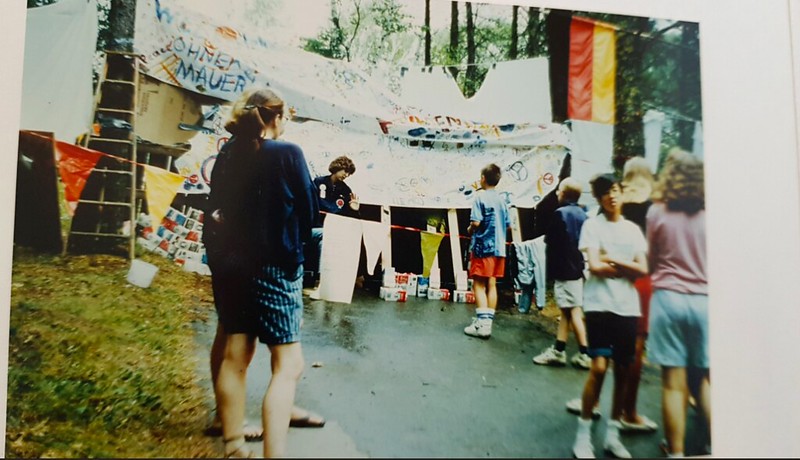 What unites all of these different approaches is our goal in presenting the history as something “gray,” rather than as black and white. We recognize there are facts to history. The Berlin Wall “fell” on the night of November 9th, 1989, when East German guards understood their commands to include opening passageway from East Berlin into West Berlin. In addition to the facts, there are the experiences of those who lived through the events. At Waldsee, we’re fortunate to have many staff and villagers who either lived through the Mauerfall themselves or had family members who did. Those experiences typically drive our simulations, as they help us show the complexity of history and how the events of the past continue to shape the reality of the present. That’s exactly we ask two key questions at the end of simulations: “Why does this matter?” and “What did you learn?” 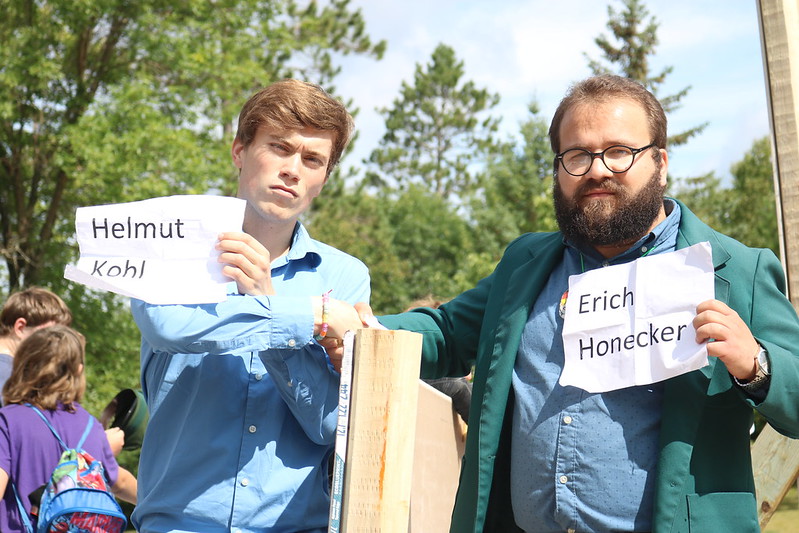 In a group debrief setting, these questions help translate a simulation into “real life.” Villagers are able to connect not on the dots of time but also the dots of place. Discussions of a divided Germany can turn into discussions of a polarized United States. In many debriefs, villagers share how they weren’t always recognize the “good guys” and the “bad guys” due to pros and cons of either group. During our DDR Tag (East Germany Day) in 2019, several West German villagers shared that they wished they would rather be in East Germany where there was free cake, a thriving black-market of Haribo and Ritter Sport, and a shorter wait before eating.

Knowing that there are answers like this, it makes sense that many villagers feel like they experienced the Mauerfall. Lucky for them, here at Waldsee, there’s always another experience to relive the Mauerfall and talk about its ramifications in Germany today, 30 years later. 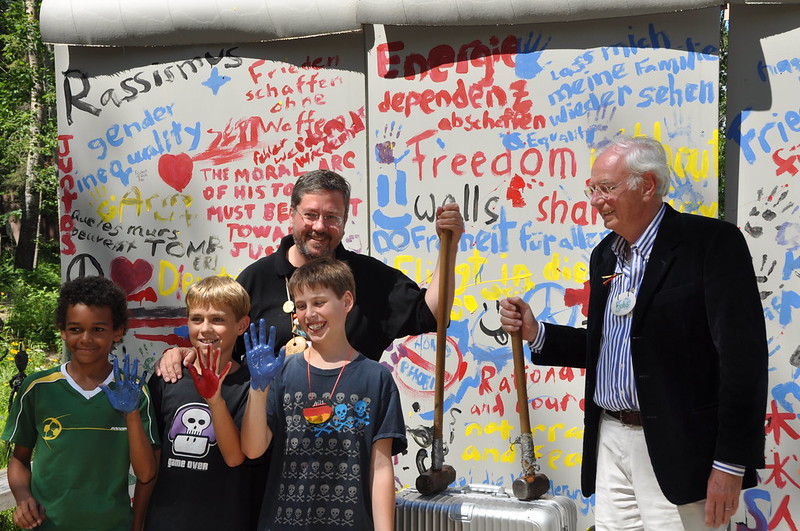 As mentioned previously, Waldsee Dean Dan "Karl" Hamilton lived in Berlin at the time of the Mauerfall. He recalls what happened that day, reflects on the dreams of an undivided Europe that accompanied the revolutions of 1989, and discusses why Europe today seems to be more fractured and anxious than whole and free. Read the English version here and the German version hier.