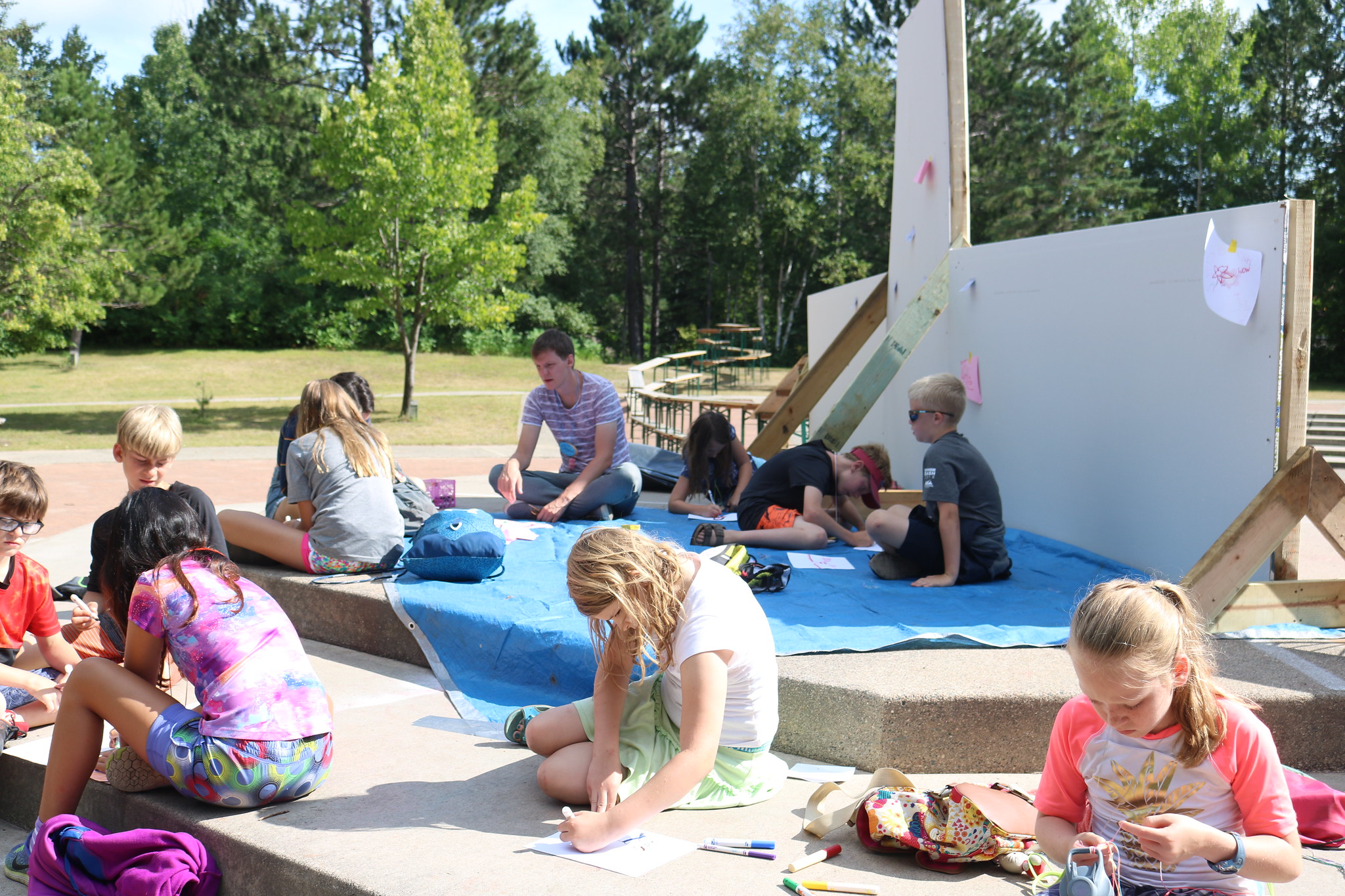 Karl und “Helmut Kohl” led Morgenkreis (morning circle) and sang several upbeat songs to get the morning started, as well as singing “Wir Haben Hunger” (“We are Hungry”) to enter the Gasthof. The Morgenkreis in Ost-Waldsee sang one song and walked right into the Gasthof for Frühstück (breakfast). While there were announcement, songs, and an Essensvorstellung (meal presentation) in West-Waldsee before the meal, Ost-Waldsee could immediately start eating.

In order to go to Familie (small language group) in Ost-Waldsee, some campers had to apply for visas at the border. Counselors carried out Passkontrolle (passport checks) throughout the day to make sure no Ost-Waldsee campers had fled to the other side. 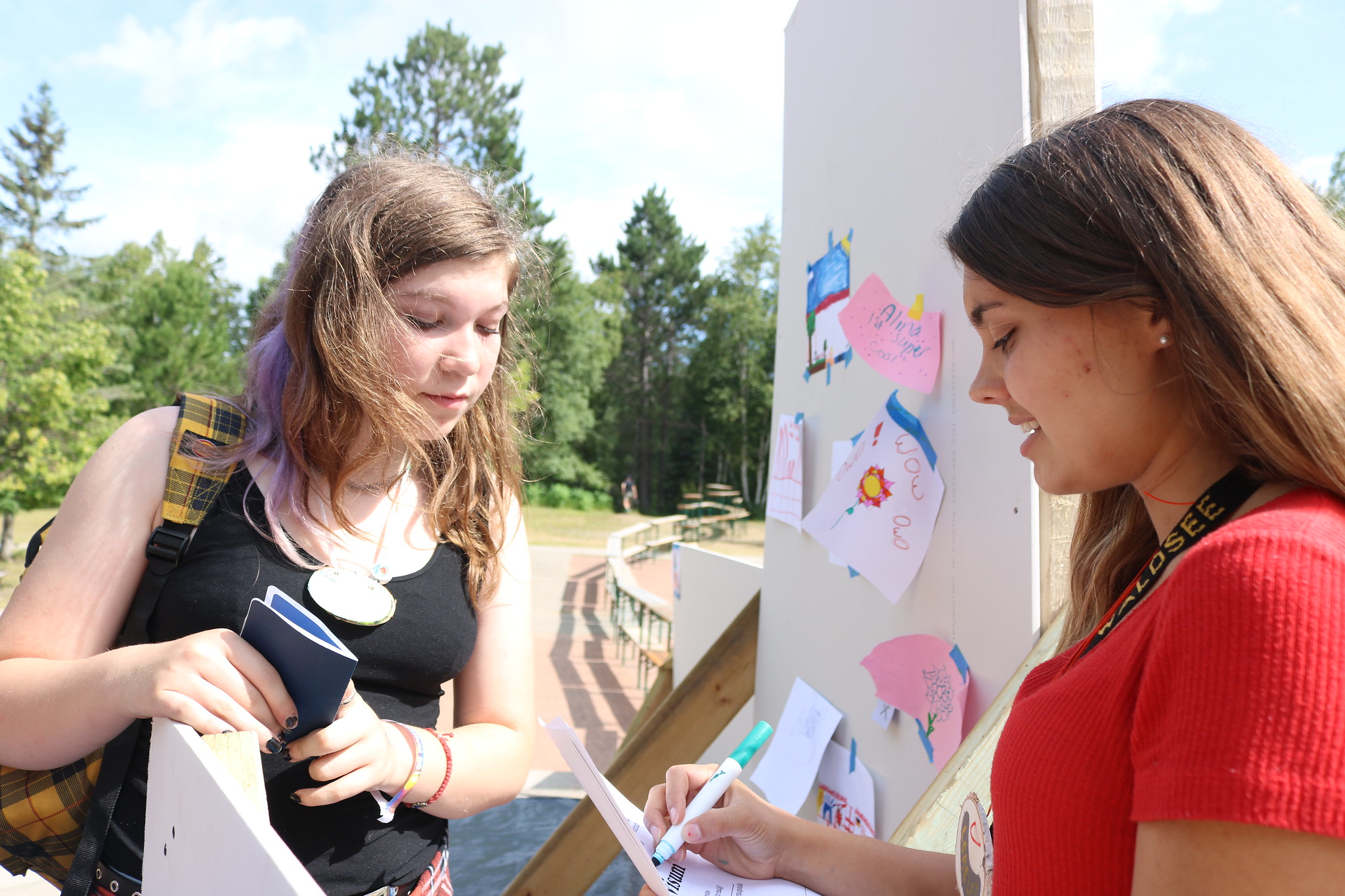 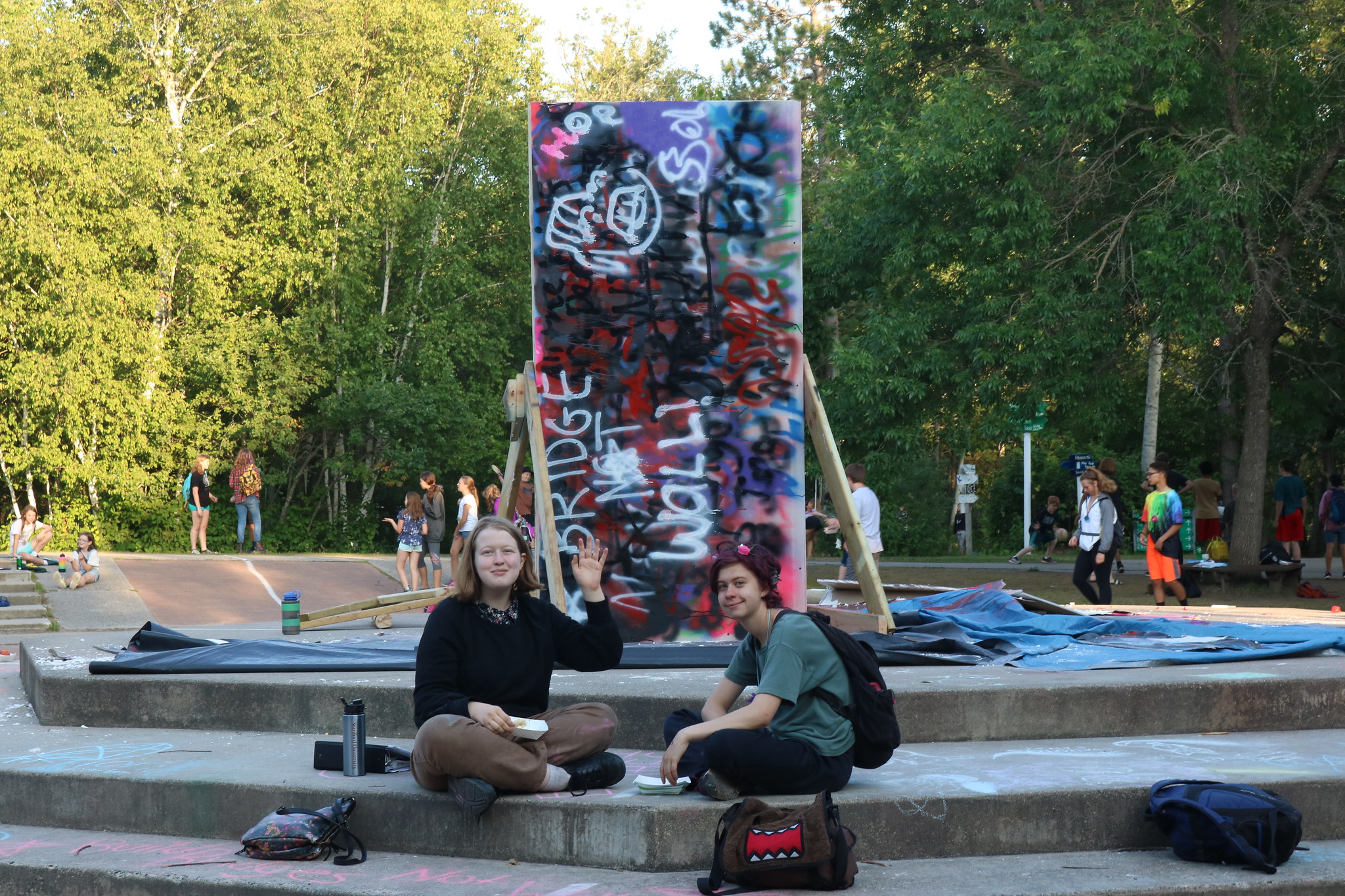 At the end of the day, West-Waldsee was preparing for a large music festival during dinner, and Erich Honecker announced that Ost-Waldsee would instead have two hours of Gesang (song hour) and then go to bed. Immediately, Erich Honecker was pulled aside and one of his officials read out a new law, announcing that Ost-Waldsee campers would now have Reisefreiheit ab sofort (freedom to travel into the West, immediately). The Ost-Waldsee campers ran through the border crossing and greeted their friends in West-Waldsee. 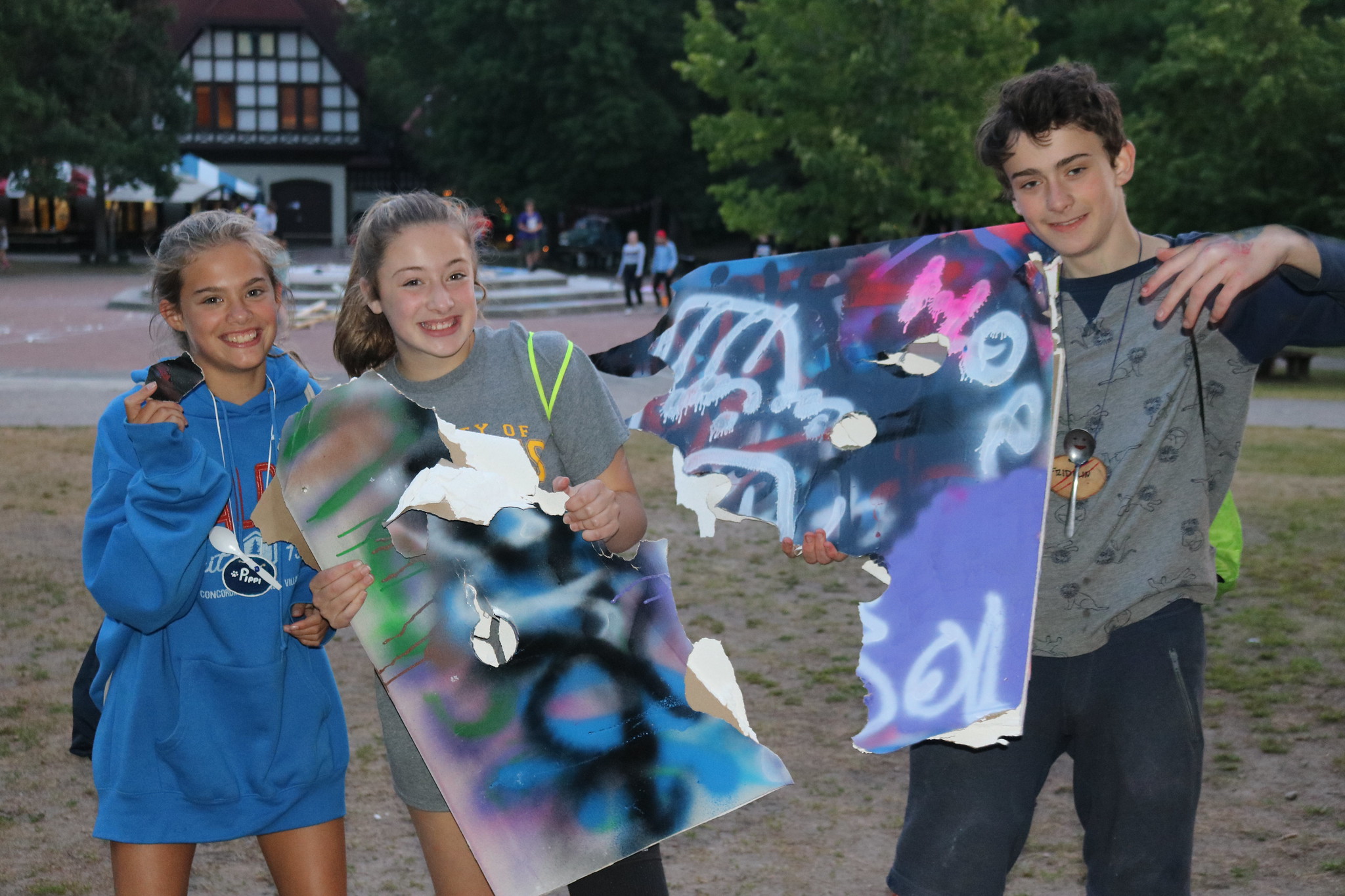 The whole camp came together for a debrief of the day’s events on the western side of the wall. Campers discussed their experiences, and counselors led a discussion on the history of divided Germany and the Berlin Wall. Following the debrief, everyone could enjoy dinner and the music festival as the wall came down.