Last night Waldsee held a cardboard tower building competition!  The villagers were divided up into 12 teams, some of which had more people but less supplies and others which had less people and more supplies. At the end of the night, the team with the highest tower won a packet of Gummibärchen (gummy bears)! 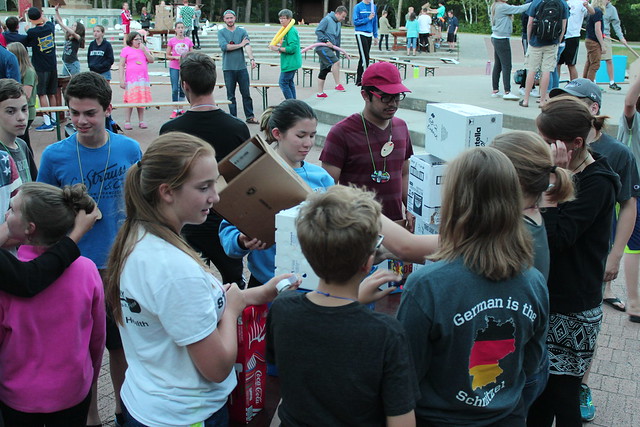 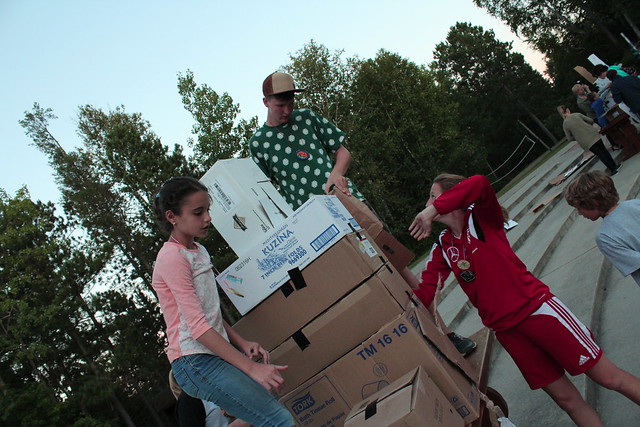 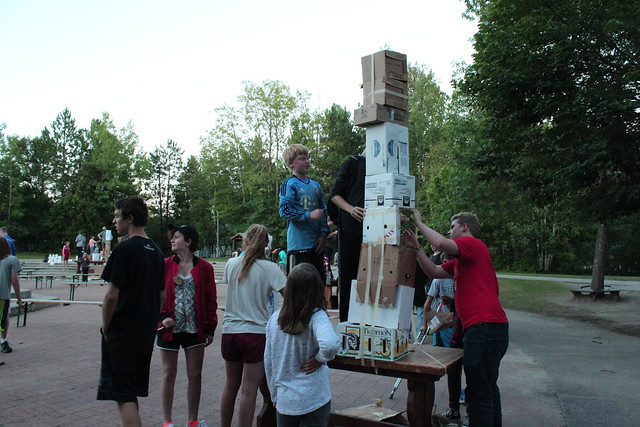 To make things even more difficult, several counselors ran around throughout the night with water guns with the sole goal of destroying the towers that the villagers were building. More often than not, they targeted the groups with more people/less supplies. 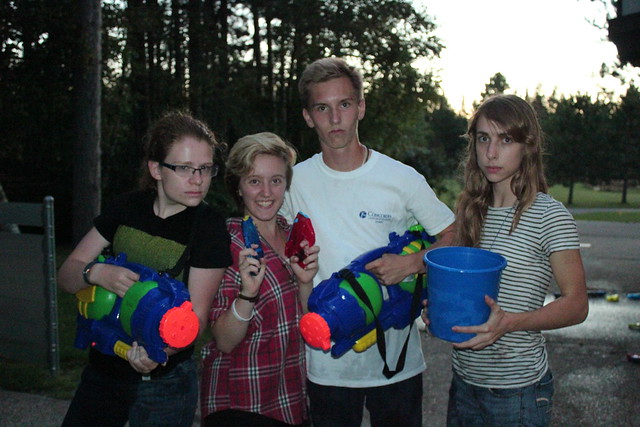 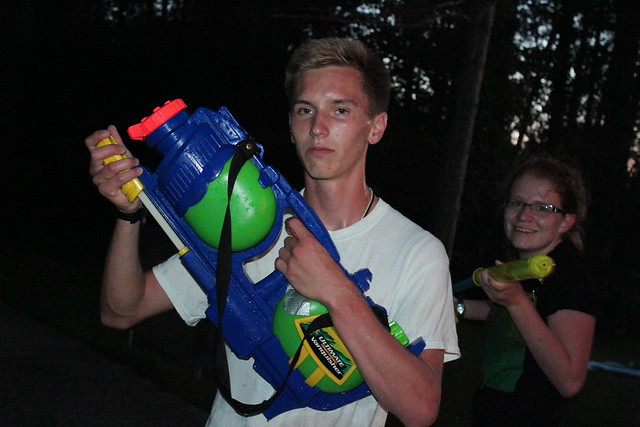 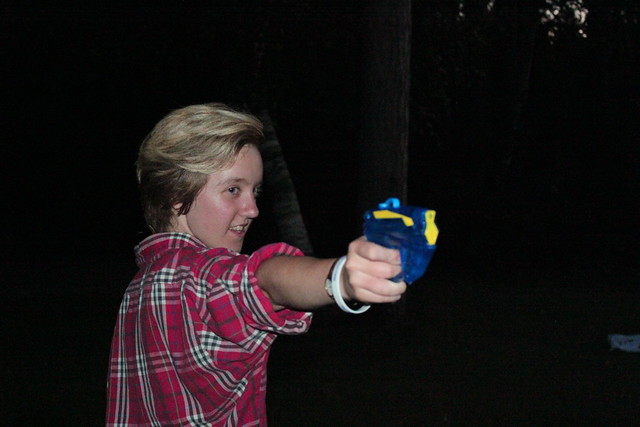 Soon enough, villagers became frustrated with their situation and decided to leave their teams in search of greener pastures. For the teams with less people/more supplies this quickly became a problem as a huge influx of new people joined their team. They had to make the decision about how many people they would allow to join their team – especially important because they would have to share the Gummibärchen between their entire team.

Tensions rose as more and more people tried to leave their teams to join others. There were so many people on some teams that there simply wasn’t enough work for everyone, and many villagers were just standing around watching while a few built up their towers. 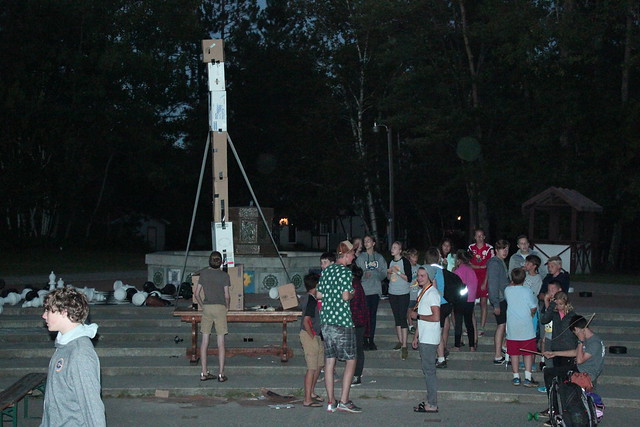 Everyone spent a good while discussing the game and its deeper meaning that it held in the grander scheme of the world.  Some players from higher ranking teams complained about the nuisance of the influx of new people. Members of lower ranking teams explained how hard the journey to prosperity was. This was made especially difficult due to attacks by counselors with water guns representing terrorists, as well as other teams sabotaging one another.

Today's Germany is diverse and is becoming home to an ever-increasing Muslim population – this fact is vital for campers to learn and understand in a globalizing world. Through a harmless game of building cardboard box towers, our campers now have a greater insight into this crucial component of becoming a global citizen. 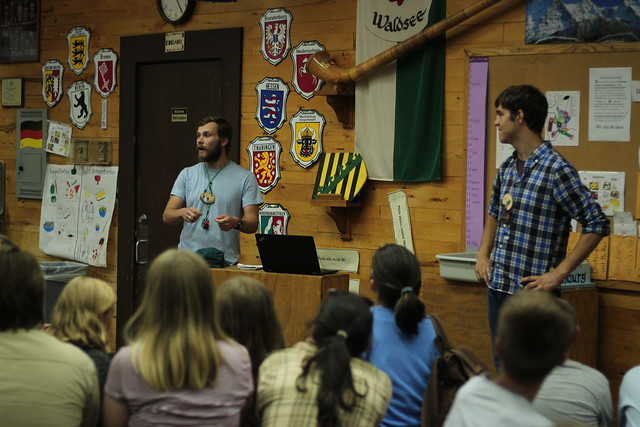 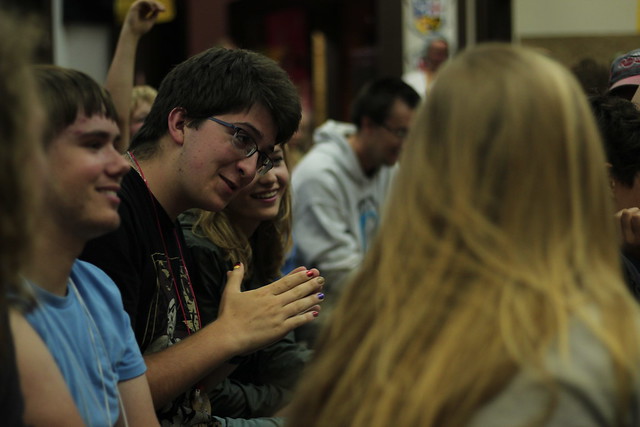 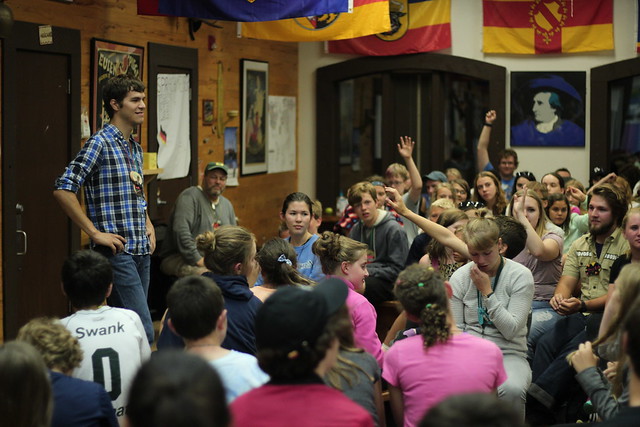 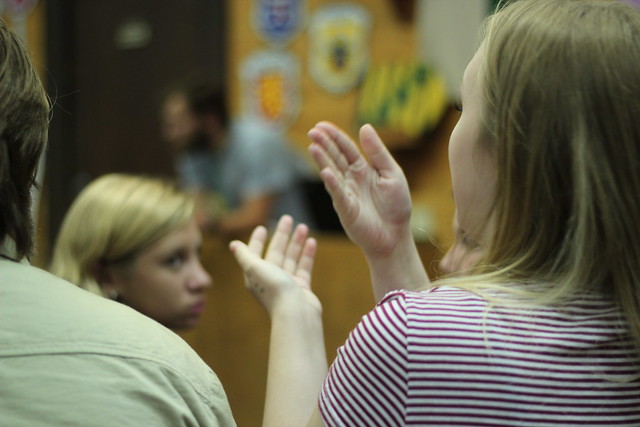 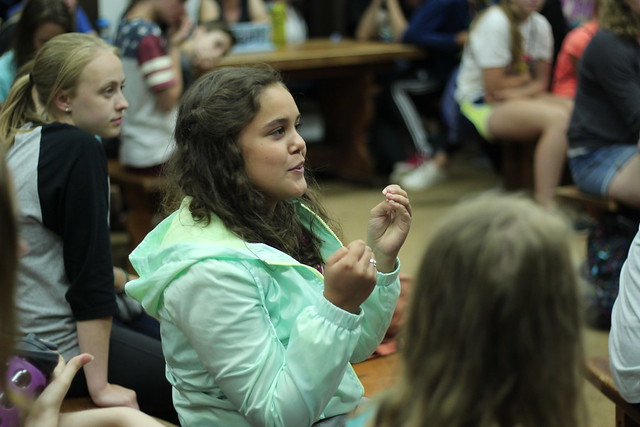