On our second night in Waldsee, we almost always have an Abendprogramm (evening program) that involves running all over camp so that the kids can figure out how to get around. Last night, we took that idea pretty literally and played a game based on the German public transportation system: Das U-Bahn Spiel (the subway game). 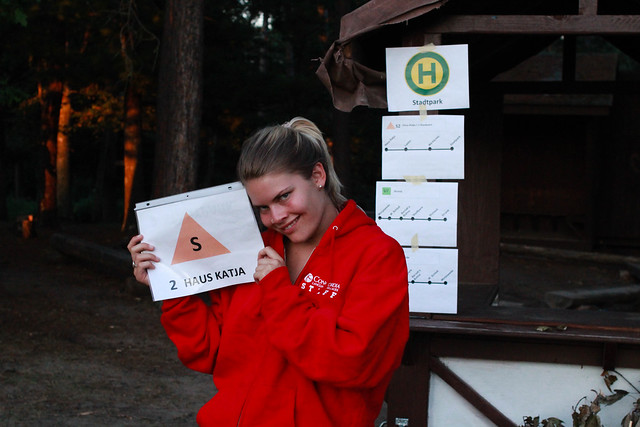 In the U-Bahn Spiel, each group starts out at one Ort (place) in Waldsee and has to get to another area on the other side of camp by using public transportation. There were four options: The Bus, the Straßenbahn (street car), the U-Bahn (subway), and the Zug (train). Each option went at a different speed, and the faster options cost more. Each group had to get to their end point as fast and as cheaply as possible. 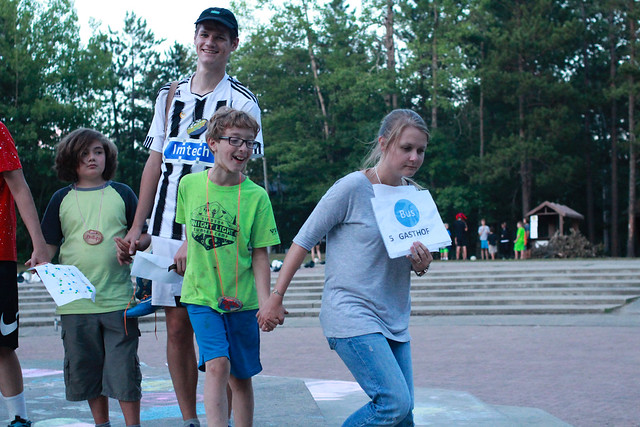 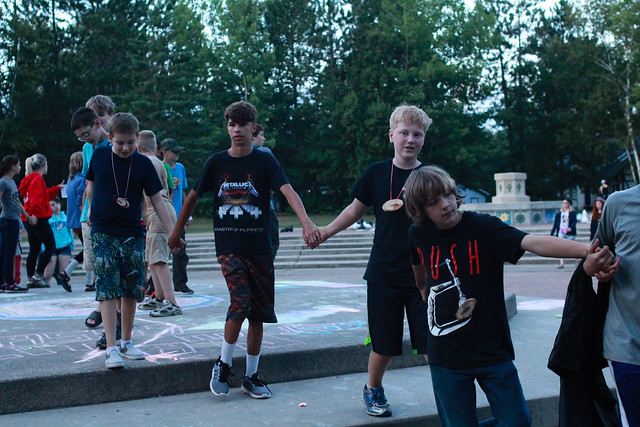 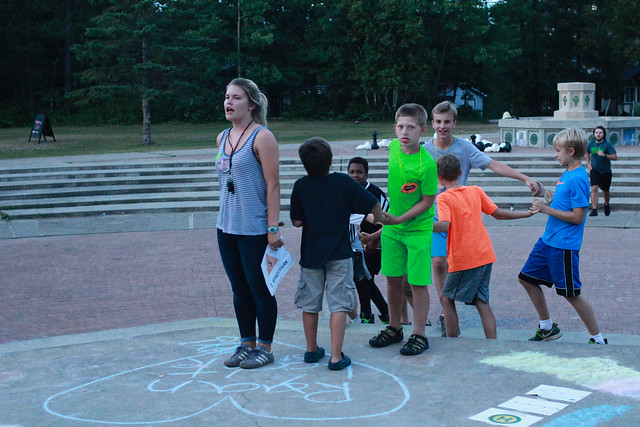 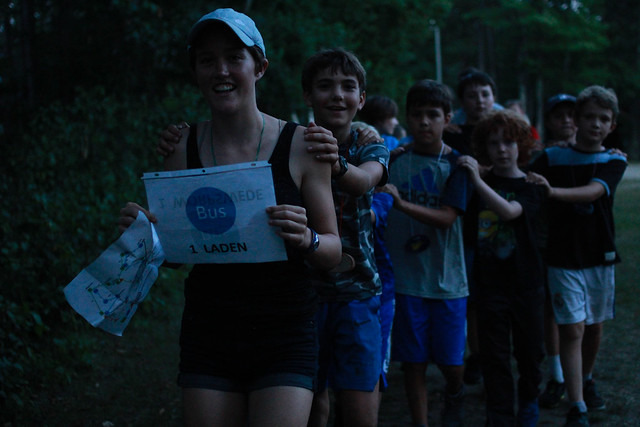 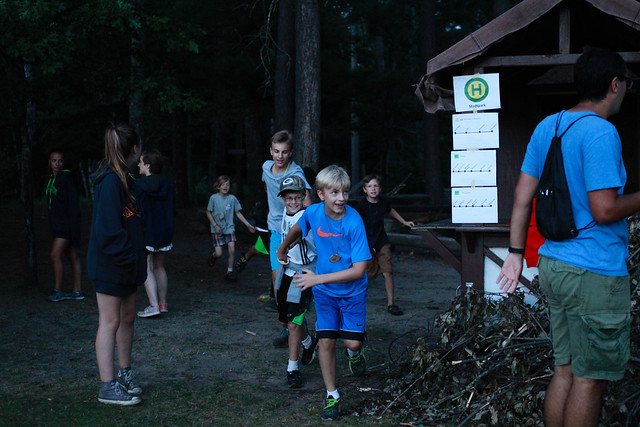 All in all, it was a relatively chill Abendprogramm (evening program) — though kids did get frustrated sometimes when their train was late or the bus was going too slow!

By the end of the night, everyone had gotten where they needed to go!

Want to see more pictures from the U-Bahn Spiel? Check out our Flickr album!