After the Abendpause (evening break), it’s time for one of the most exciting parts of the day -- the Abendprogramm (evening program)! The Betreuerschaft (counselor team) puts a lot of time and attention to hold active, engaging, and fun programs that focus on a particular aspect of German history or culture. Abendprogramme range from Laufspiele (running games) to Simulationen (simulations). Here are some of our favorite Abendprogramme!

A classic Waldsee Abendprogramm is the U-Bahn Spiel (subway game), where campers learn about the different forms of public transportation in Germany. They are given directions to a particular place in Waldsee and have to take the Bus (bus), Straßenbahn (street car), or the U-Bahn (subway) to get back and forth across the camp. Much like in Germany, the bus moves the slowest, but costs the least, while the U-Bahn is the fastest and most expensive. Counselors acted as the different “drivers” to lead campers walking, skipping, or running across camp. Which team will get to their destination the fastest? Which team will have the most money at the end of the game? 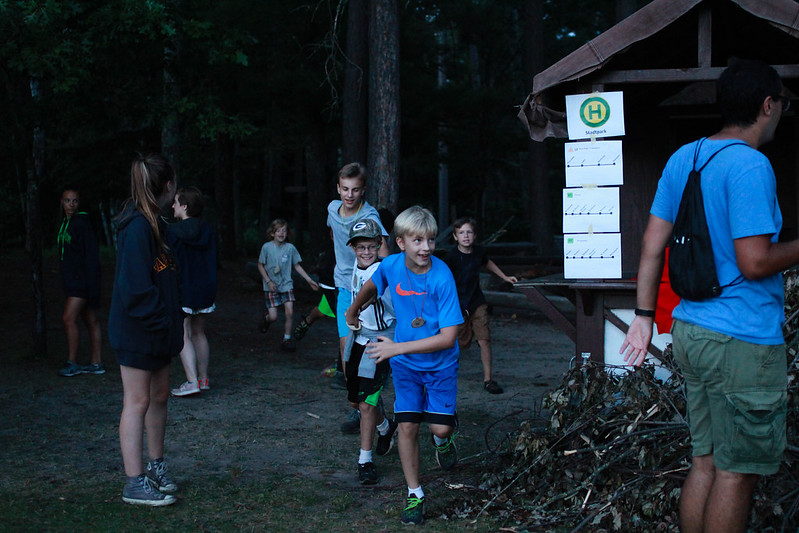 Our campers also love playing Wildsaujagd, an old summer camp game from German-speaking Europe! Counselors are Wildsäue (wild pigs), who wear white. The campers, in order to catch the Wildsäue, are divided into teams, each with a specific color paint. Campers soak sponges in the paint and have to chase and “tag” counselors around the campground with the paint. The team with the most of their color paint on the counselors’ shirts wins! 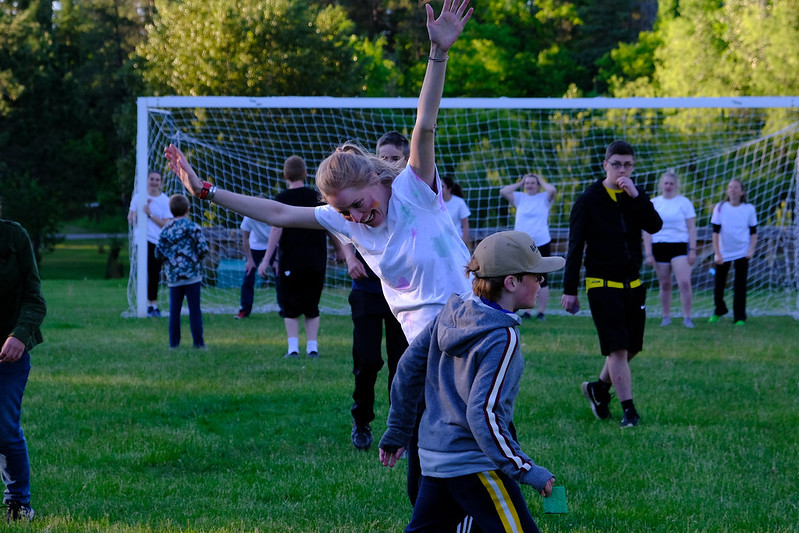 Sometimes the Abendprogramm takes the form of a Simulation (simulation), where campers are learning about German history and culture without even realizing it. One example is our simulation about the Flüchtlingskrise (refugee crisis), where campers were divided into teams to build towers out of cardboard, and counselors ran around with water guns and sprayed towers from groups with fewer people and fewer supplies. Eventually, these groups would get frustrated and try to join the groups with more people and more supplies, and gradually tensions started to rise. After simulations like these, we hold debriefings between counselors and campers to discuss the real-world situation the game was based on. Simulations cover a wide variety of topics, from the rise and fall of the Berlin Wall to Martin Luther and the Protestant Reformation. 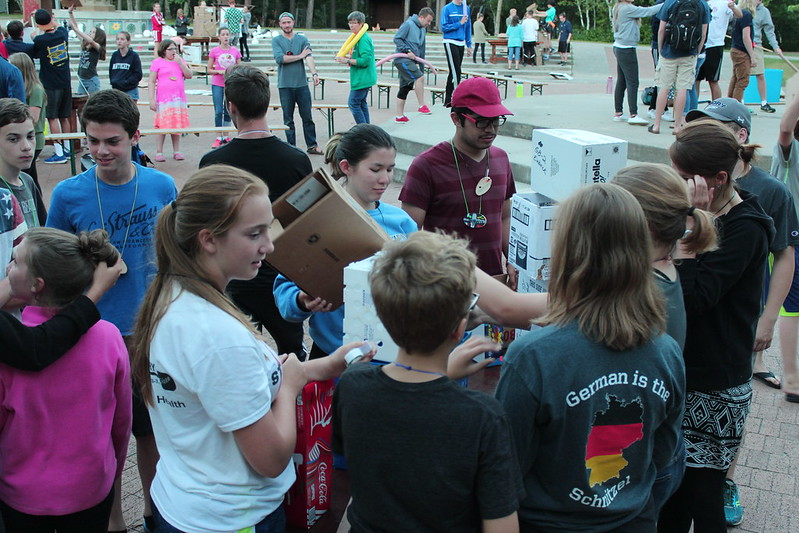 However, some of our favorite Abendprogramme are Feste (festivals)! We enjoy an evening of festival foods, from Bratwurst und Brezeln (sausages and pretzels) to Döner (kebab) and Crepes (crepes) following a cultural festival theme. This past summer, we held an Alpabfahrt, a Swiss festival when the cows come down from the mountains and are dressed up and paraded around town. We also enjoy holding the German and Austrian Maifest (May festival) and decorate our very own Maibaum (May tree), which stands in front of the Bahnhof. And who can forget Oktoberfest! 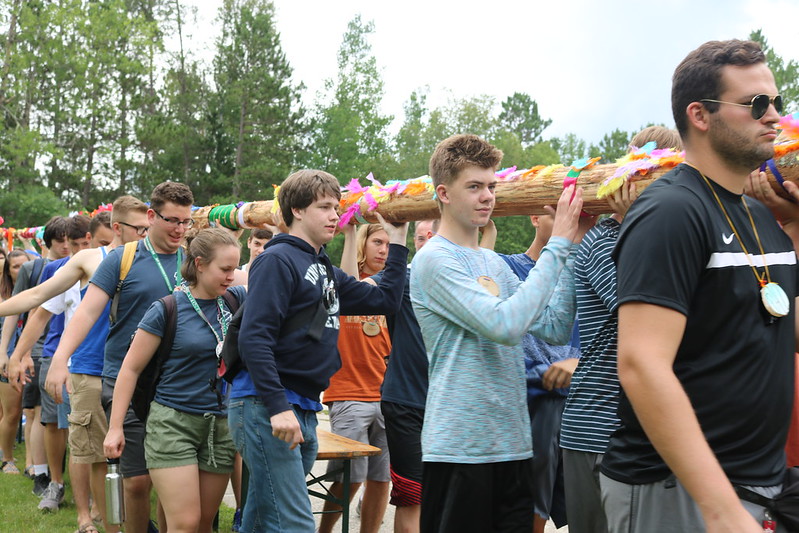 At Waldsee, German learning happens largely outside a classroom setting. The Abendprogramm is a great way to dive into a specific aspect of the history and culture of German-speaking Europe. Join us this summer for our one-, two-, or four-week programs, as well as family and adults weeks and Alumni Weekend (July 17-19)!