An Evening with Lesnoe Ozero

On Friday, Lesnoe Ozero, the Russian Language Village, joined us here at Waldsee for a 1989-themed day, exploring the historical and cultural situation and relationship between a then-divided Germany and the former USSR. 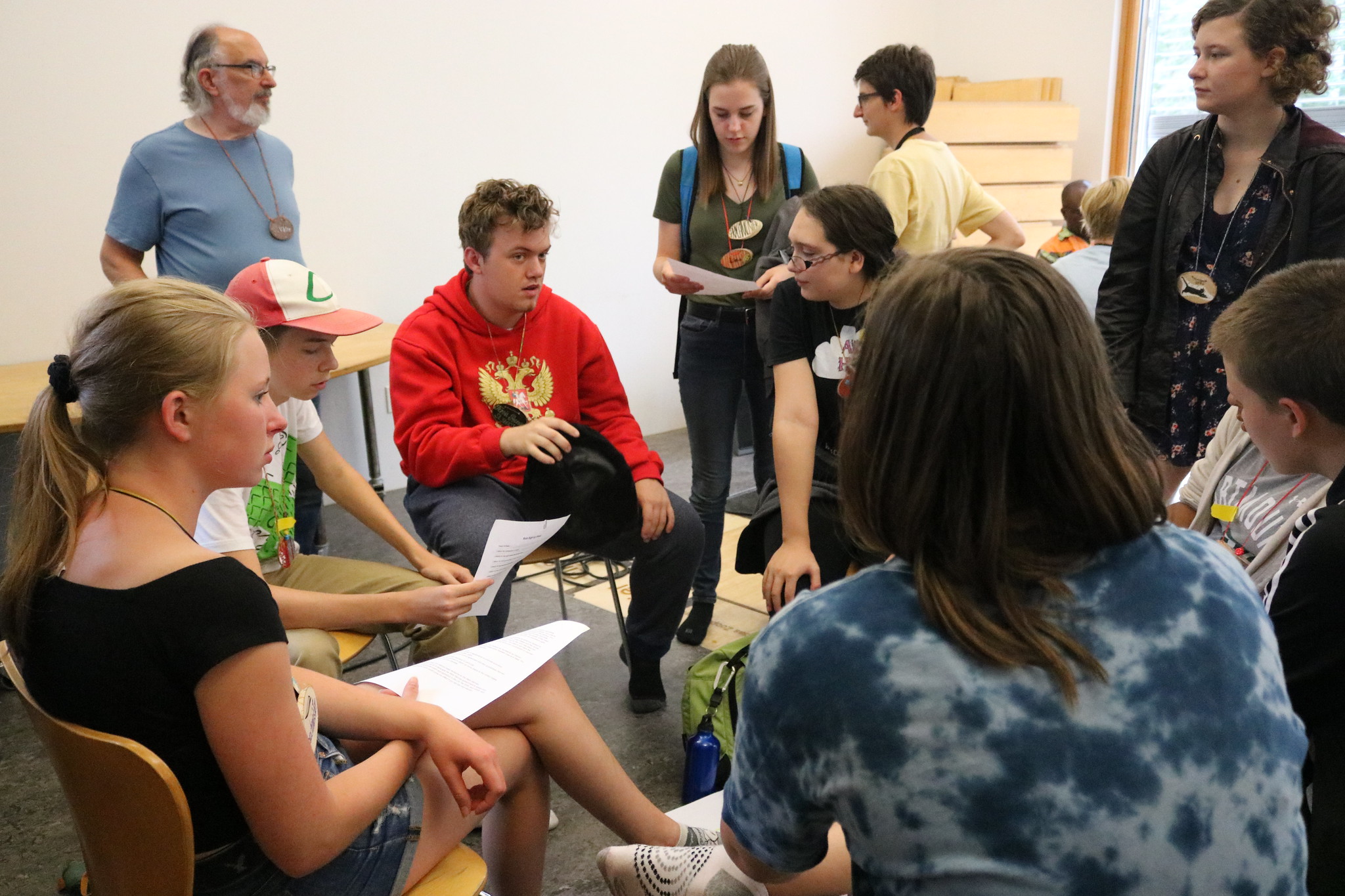 The evening began with a simulation, in which teams of campers and counselors from both Waldsee and Lesnoe Ozero were divided into different teams of the ruling and minority parties in the United States, East Germany, West Germany, and the USSR. The simulation began at the beginning of 1989, and each team divided into roles such as Head of State, various ministers, and liaisons. Each team also had specific goals they wanted to achieve in the course of the simulation. 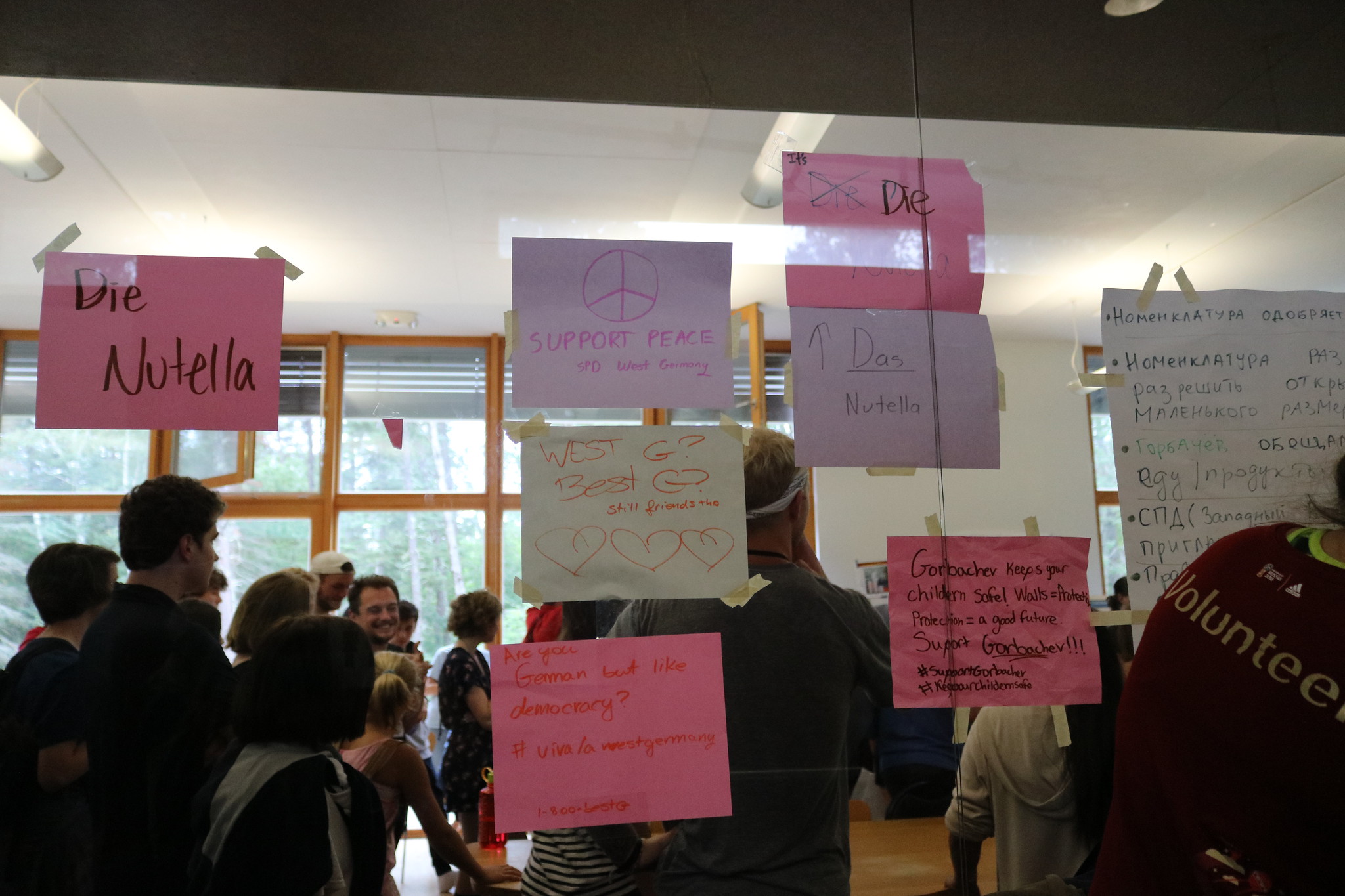 However, their ability to achieve their goals changed as the simulation carried on throughout 1989, from the withdrawal of Soviet troops from Afghanistan in February to the Mauerfall (Fall of the Berlin Wall) in November. Campers explored themes like freedom of speech and press, and learned about concepts such as glasnost and perestroika, and how these concepts and changes affected both the internal structures of each country and party and their relationships with the other countries and parties. 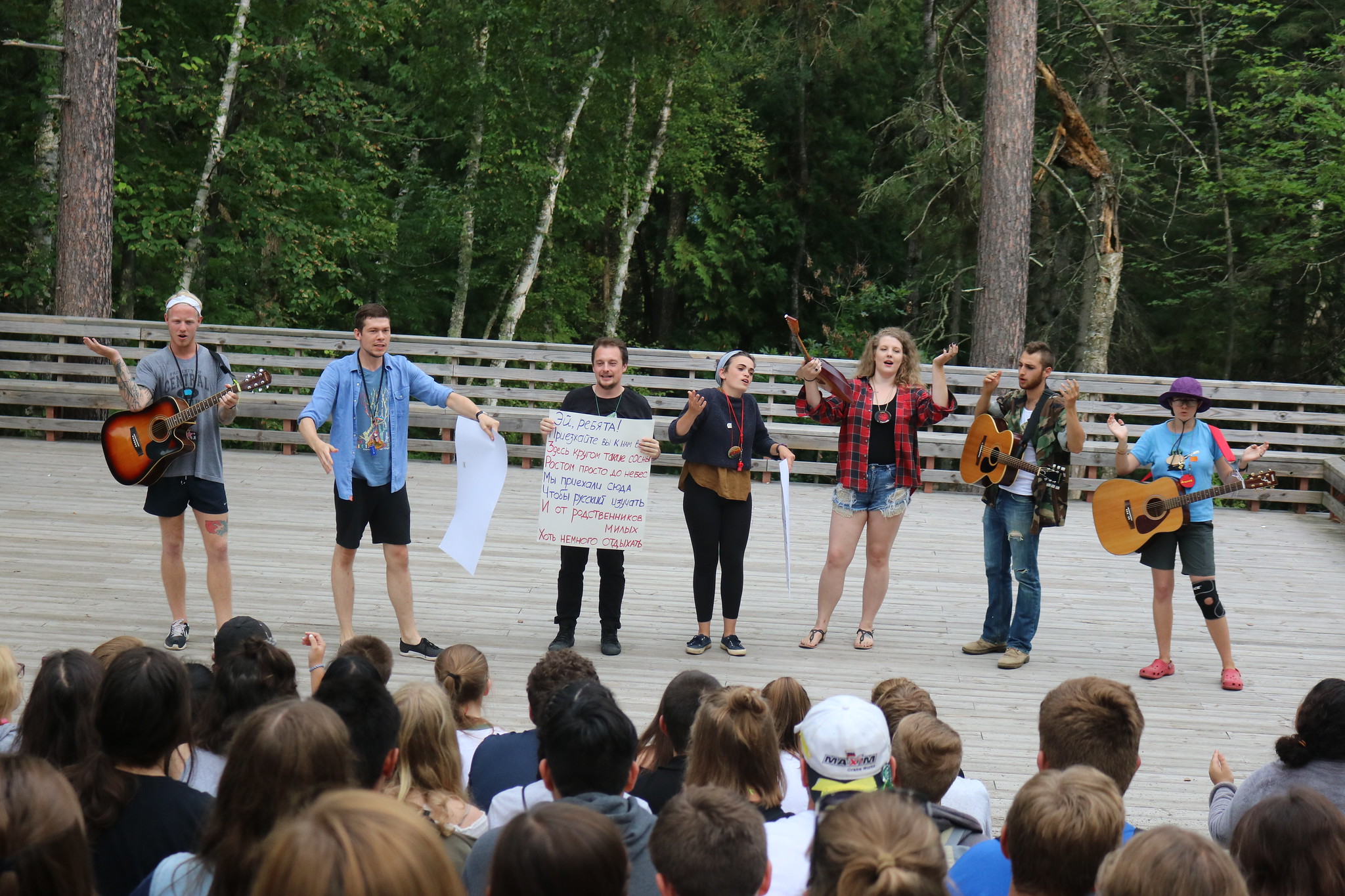 The simulation was followed by song and dance exchanges, and Waldsee shared one of our favorite songs, Moskau (Moscow). We also learned the dance for International Day as a large group. 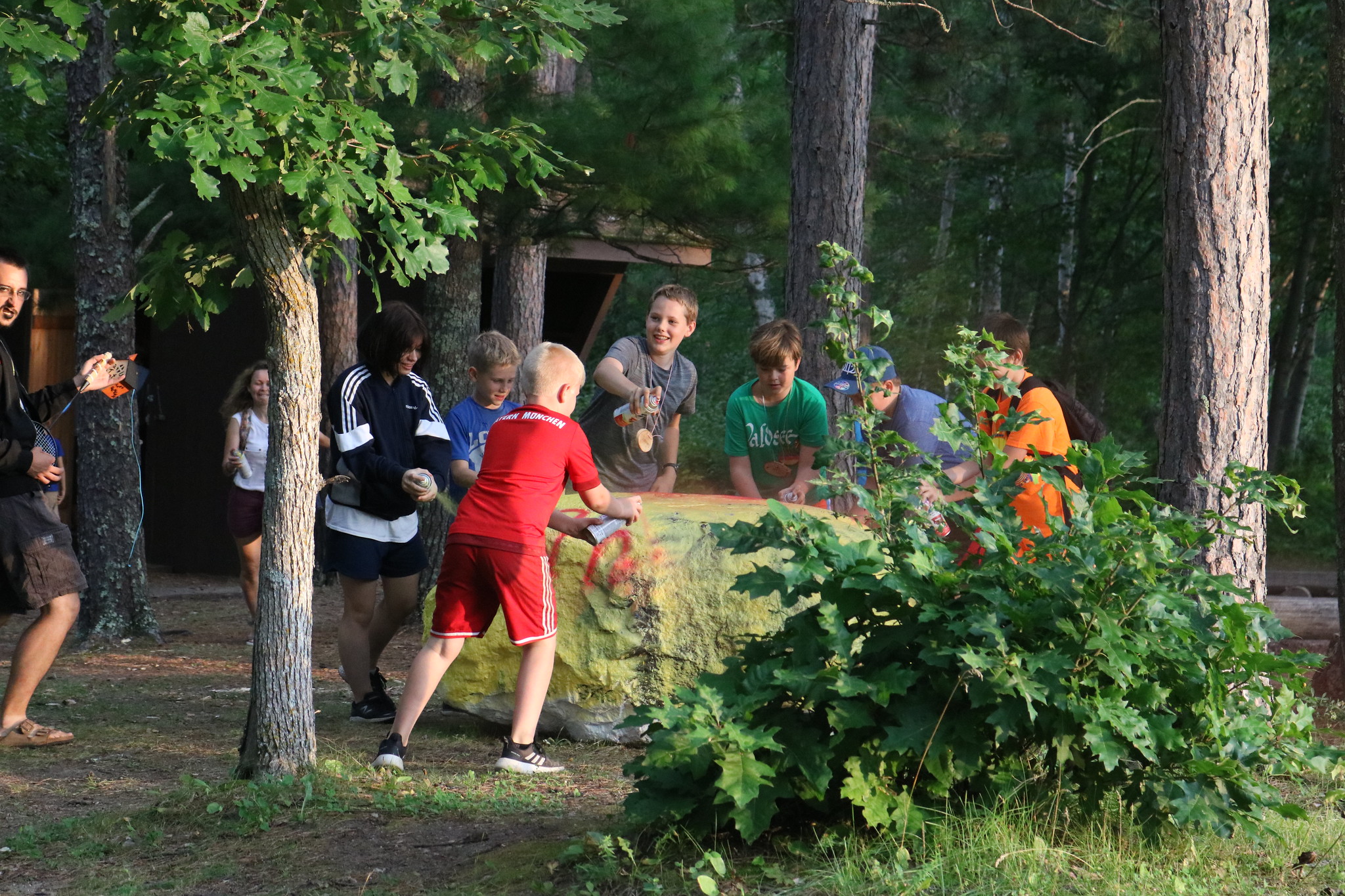 The Abendprogramm (evening program) which accompanied our festival-style dinner focused on a major aspect of East German and Soviet culture from the period: rebels and punks and their relationship with country officials and the police. We had different dance stations -- a classic, state-approved slow dance in front of Café Einbeck and a secret, underground rock disco in the basement of the Laden. We had stations with different activities, such as a rock the kids and counselors could ‘graffiti’ and a protest-sign making station. Many of the protest signs focused on crepes, as the lines for crepes during dinner were pretty lengthy. 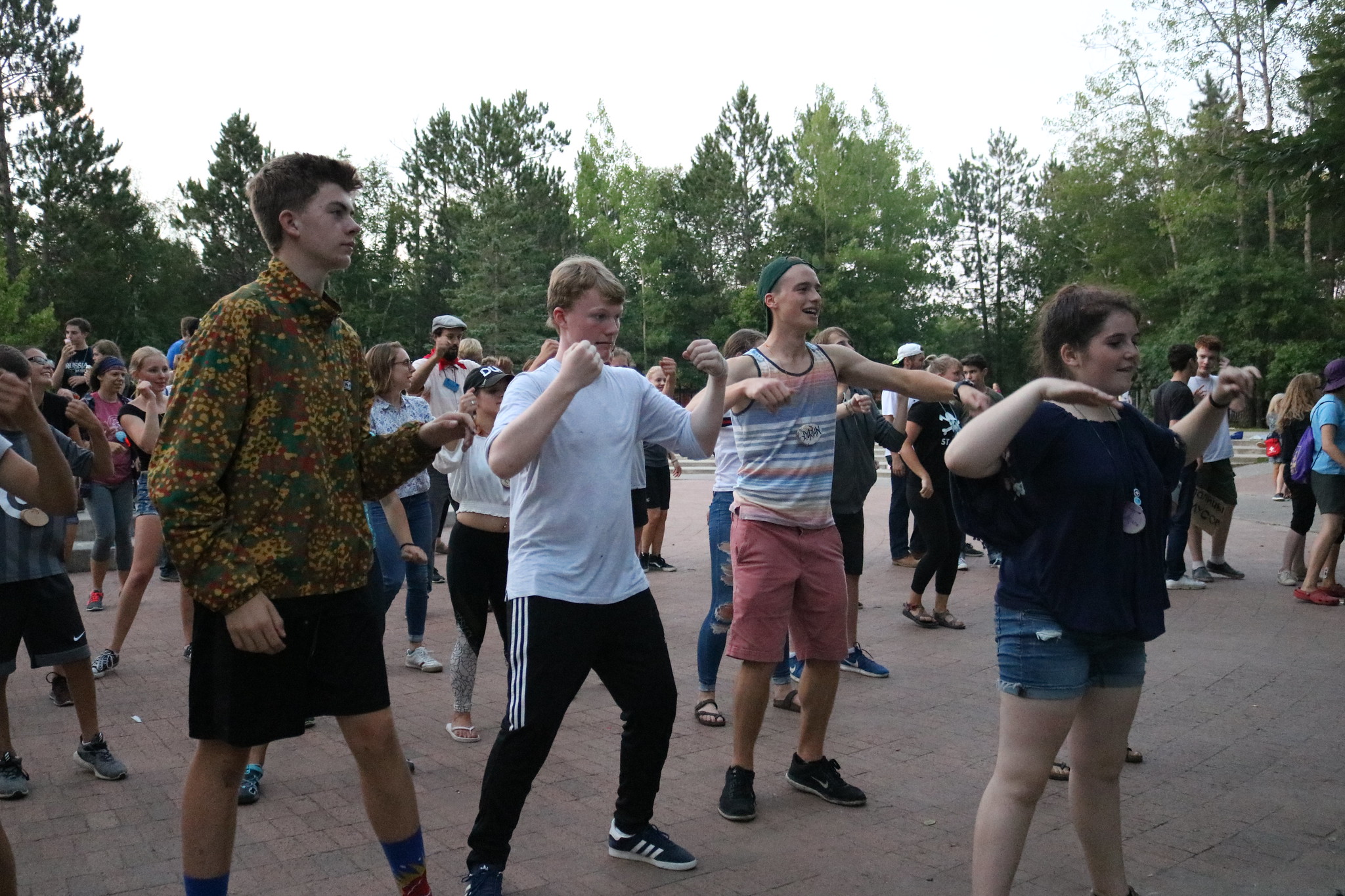 We ended the night with an ice cream dance party, and we were sad when we had to say Auf Wiedersehen to Lesnoe Ozero! See you again on International Day!

Check out all of the fun with the pictures on the Waldsee Flickr!