As we gear up for the 60th summer at Waldsee, get to know some long-time members of the Waldsee community! This week, meet Marius! Marius first came to Waldsee in 1992 and has spent fifteen summers with us. Starting out as a two-week villager, Marius has served as a counselor, volunteer, and now, Waldsee parent. 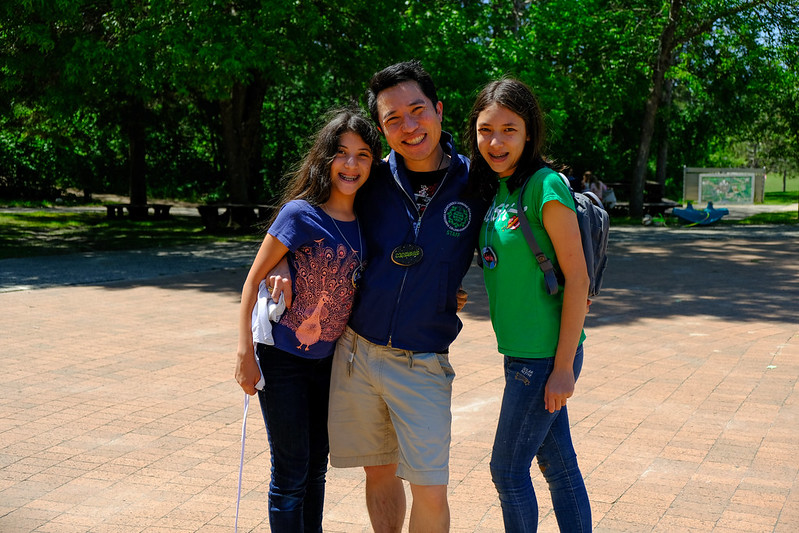 How did you find out about Waldsee?

When I was twelve, our neighbor's mail was mistakenly delivered to our house one day, including a CLV brochure. My nine-year-old sister and I spent the afternoon discussing which language we wanted to learn, settling on German. By the time my parents got home, we had picked out which session we wanted to attend.

What made you come back to Waldsee year after year?

At school, I was never particularly athletic nor all that popular. Waldsee was the first place I had been where it was cool to be the one who learned the most and who had the courage to stand up and display that knowledge. In particular, I loved learning and practicing the language through singing, and I have always been an eager participant in Gesang (song hour). It was such an important part of my growing up that it became my second home, and I was excited to participate as a Betreuer (counselor) for several years before my "real job" got in the way of coming back every summer.

After a 13 year break filled with Waldseeweh (the feeling of missing Waldsee), I jumped at the chance to return with my wife and daughters for family week when the program was introduced. This summer, we are returning for our eighth summer as a family, and I am thrilled to see the same love for being instilled in my kids. My eldest daughter will be an LKT (high school credit villager) this year. As a parent, I can see how much the experience has made them into world citizens. 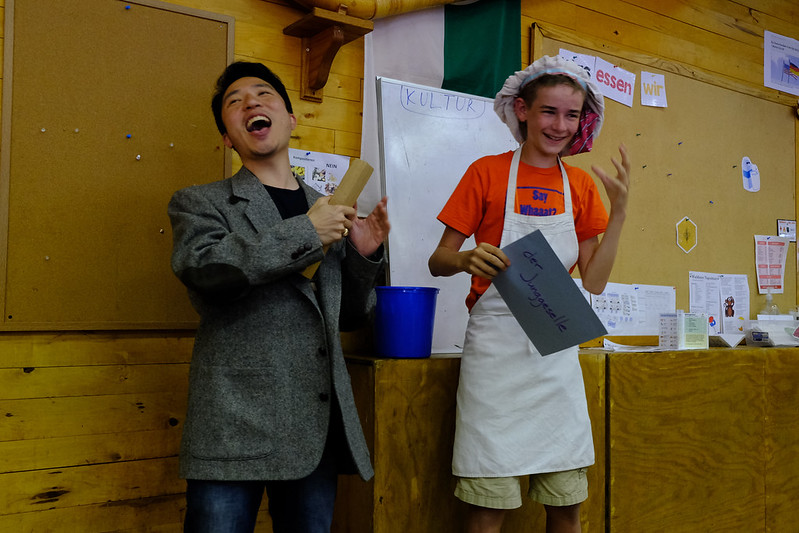 What do you look forward to the most each year?

Gesang. I love learning new songs as well as getting all nostalgic about the Waldsee Lieder (songs)  I learned growing up.

What's something that's different now than your first year at Waldsee?

Waldsee has grown up. When I started out, almost everything relied on those little gray houses, including the Laden (store) and Kiosk. The Krankenschwester (nurse)  operated out of a trailer. I am a big fan of the new buildings, not just because they add more cultural flavor, but also because they add to that feeling of permanence, that Waldsee will always be there when I return.

"Birkenbäume." My wife didn't like the song at first, but she came around after hearing the Sehnsucht (longing) in my voice when I sing it at home. Also, did you know there are verses to that song? 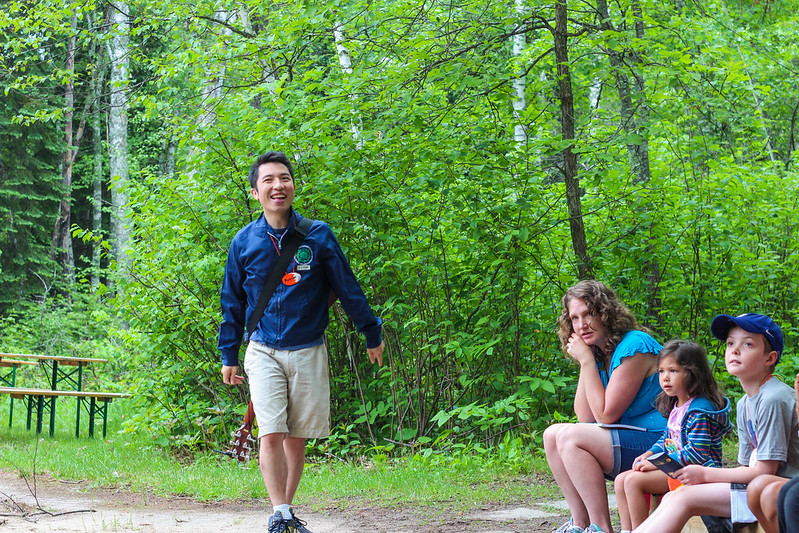 Sonst noch was? (Anything else?)

1. My family helped host an Oktoberfest event for my work friends and their families last fall. My girls provided entertainment by running Spiele (games) for the kids, singing Oktoberfest Lieder, and even breaking out some Tänze (dances), all of which they learned at Waldsee (I helped a little). We were all so happy to share a little piece of Waldsee with this part of the world.

2. I once attended Waldsee at the same time as Chelsea Clinton. This was right after her dad had become president. She actually sought out my sister and me because we all came from Arkansas. Unfortunately, I was too starstruck at meeting her to have much of a meaningful conversation. Still, I remember thinking that Waldsee must be special if the president's daughter spent her summers there. 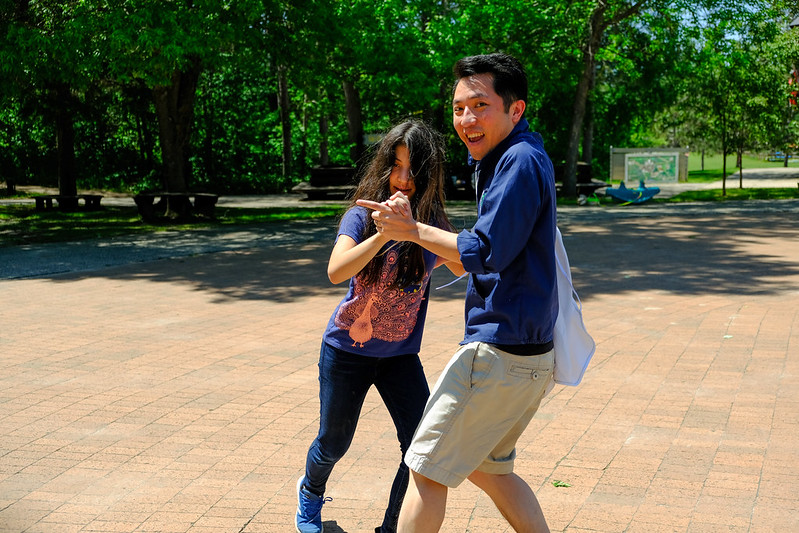 Meet Marius and other members of the Waldsee community from throughout the years at our 60th Anniversary Alumni Weekend, July 17-19!