Thank you for visiting the blog for Lesnoe Ozero, the Russian Language Village. Subscribe here to receive notification of new blog posts in your inbox. 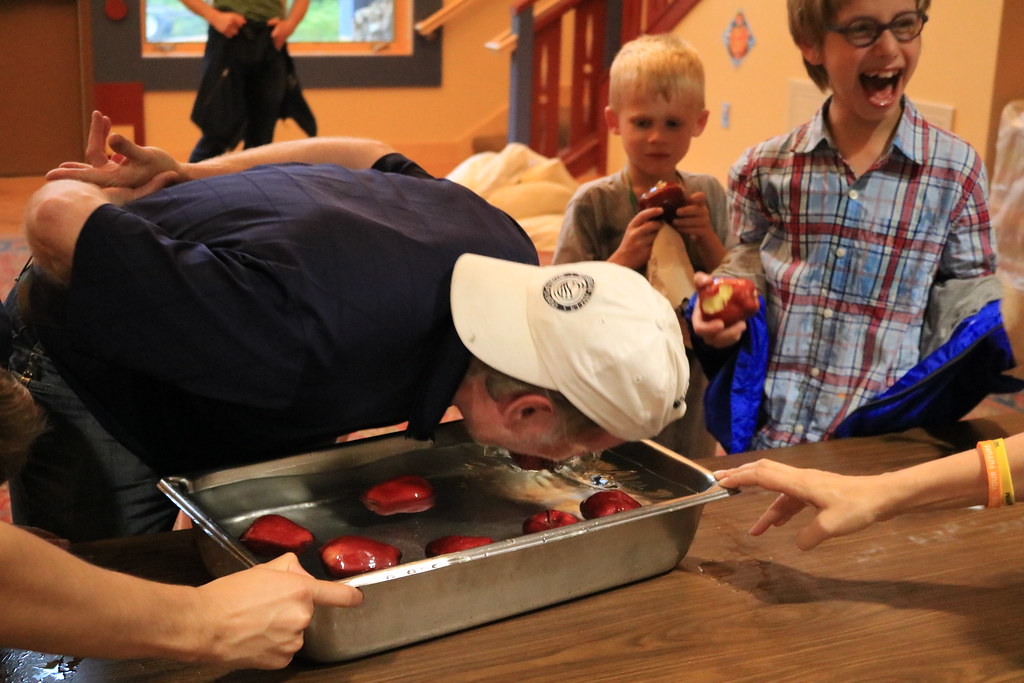 Today, despite a bit of rain, we celebrated Maslenitsa - a traditional Russian holiday celebrating the end of winter and the start of spring. Our villagers and families had a great time at their daily classes and cultural hours. At singing the villagers sang Antoshka and learned the verse of Bremenskie Muzikanty. During free time, villagers could try their hand at making blini (thin Russian pancakes).

The Maslenitsa festivities really took off at dinner. Villagers were given "money", with which they had to barter to get the blini and fillings they wanted.  There were so many delicious options to put in the blini - fish, vegetables, fruits, sweetened condensed milk, sour cream, whipped cream, Nutella, and more.

After dinner there was a Maslenitsa themed evening program. Villagers learned the khorovod, a traditional folk dance, bobbed for apples, played games, and decorated the chuchela, a scarecrow that is traditionally burned to represent the end of winter. After the evening program, everyone gathered in the main hall, where we burned our chuchela in the fireplace. 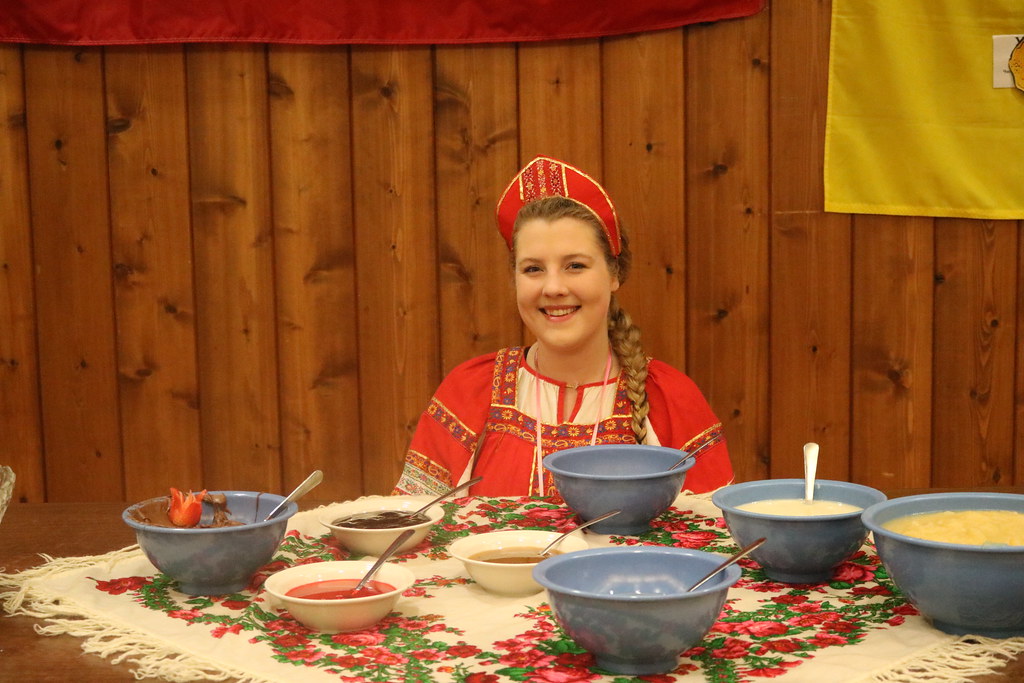